Iranian policymakers should deliberate on key issues in weeks ahead: Mousavian 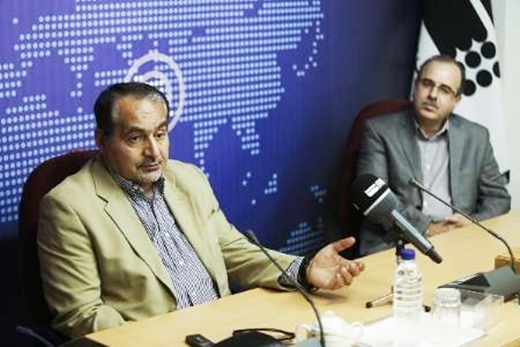 Mousavian said contrary to expectations, members of Congress are not much competent in international and diplomatic issues.

Former deputy head of the Foreign Relations Committee of the Secretariat of the Supreme National Security Council, Hossein Mousavian, says Iranian politicians should think of a number of sensitive issues regarding the Joint Comprehensive Plan of Action (JCPOA) in the weeks ahead.

Speaking in an exclusive interview with IRNA, Mousavian said the issues due to be considered are Zionists’ lobby, poor knowledge of the US Congresspersons, possibility of a plot in the shortest possible time and the likely rejection of JCPOA.

Mousavian said to this end, think tanks can prove more influential than expected.

“Perhaps that’s why the pro-JCPOA thinkers have come to Washington DC from four corners of the world to help the Obama administration,” he said.

Describing the Vienna accord “a diplomatic miracle”, Mousavian added that had it not been for God’s grace, it would not have happened.

He said that’s the only international accord, endorsed by all world powers who recognized Iran’s right to enrichment.

He added that neither the US nor any other member of the UN Security Council has in any official accord formally recognized the right to enrichment for any country.

He said a majority of world experts hardly believed world powers will both recognize Iran’s enrichment right and lift sanctions, adding, “Of course, that’s not an ideal accord for anybody in the Islamic Republic of Iran.”

He said the US Congress does not have the final say on the accord: Even if Congress rejects it, the president will have the legal authority to veto it. “So, JCPOA will be implemented and the rejection of Congress will have little effect on it.”

He said what’s going on in the US is very serious, adding, “In my opinion, it has nothing to do with the nuclear issue. The concern of the opposition elements in Congress, the American Israel Public Affairs Committee (AIPAC), and those opposing JCPOA is something else. They favor continuation and even severance of international sanctions against Iran because they pursue regime change in Iran. At any rate and in case Congress gives a negative vote to JCPOA, the US president will lose the veto power and Iran should from now on take its own choice on such a possibility into consideration and make a decision,” said Mousavian.

Under US law, members of Congress have until September 17 to fully review the final nuclear deal with Iran and pass or reject the Iran-P5+1 nuclear agreement, reached on July 14.

US President Barack Obama has threatened to veto any resolution of disapproval from Congress. In order to block a presidential veto, both the House of Representatives and Senate would have to secure a two-thirds majority vote.

On recent media rumors on Parchin, Mousavian said, “The Zionist regime has made huge investment within the very short span of time left until the review of JCPOA in the US Congress. The time is too short. They do not have more than one and half a month. For the same reason, they write articles mostly for the media; they are highly active in sessions, seminars, busy lobbying in Congress, and are busy in other fields. Each member of Congress meets at least one person opposing the agreement (JCPOA) daily.”

The professor of Princeton University said that unfortunately, contrary to expectations, members of Congress are not much competent in international and diplomatic issues. “You may not believe, but that’s true: 60 percent of the US Congress members do not have passports, have not gone overseas. Their information is at a very low level. This provides Zionists with perfect ground to be influential.”

He said, “I am confident, Obama and the US administration are fully serious up to the end to enforce the deal; however, pressure inside and the propaganda there are very high. Due to the same reason, I believe the problems of Obama inside the US are many times higher than what the Iranian party faces.”

If Israelis manage to win the votes of two-thirds of Congress members through any means, thus depriving Obama of the veto right, the UN resolutions on JCPOA will go in effect, Mousavian said. “Europe and other countries will lift sanctions; this means the world minus the US will implement the agreement. In such case, the US will be isolated.”