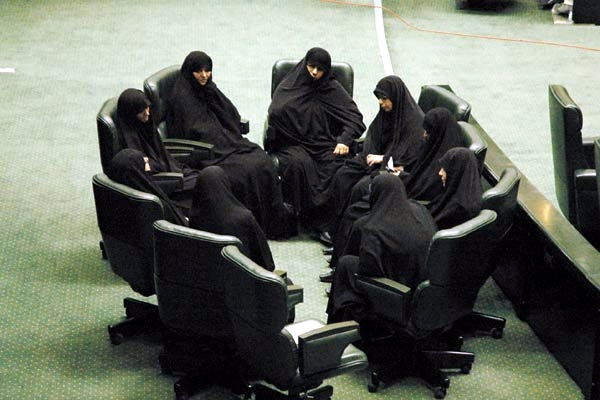 Iran’s 10th Parliament will break the Islamic Republic’s all-time record of women in the legislative body, with 17 female candidates elected in the February 26 (round one) and April 29 (run-off) polls.

Even more importantly, the number of women in Iran’s Majlis has doubled. Here is IFP’s translation of KhabarOnline’s report on the change.

The run-off elections held on Friday, April 29, changed the formation of Iran’s parliament by 75%. It was also a great victory for the reformists, who claimed 42% of the parliament, while the conservatives only reserved 29% of the seats.

One of the most important points about the parliamentary elections is that all the female members of previous parliament (nine people) lost their seats.

All the previous female lawmakers had made it to the parliament as part of the conservative faction. Some of them, including Halimeh Aali, Mahnaz Bahmani, and Sakineh Omrani, were first-timers, but there were also veterans like Fatemeh Aalia, Fatemeh Rahbar, Nayyereh Akhavan Bitaraf, and Laleh Eftekhari, who had been in the parliament for several terms.

However, none of them managed to win the popular vote for the tenth parliament.

The new parliament, however, witnessed a sharp increase in the total number of female candidates elected.

Based on the results published by the Elections Headquarters, we will have 17 female MPs for the next four years. In terms of political orientation, unlike the ninth parliament (whose female members were all conservatives), the new parliament will host a large number of female reformists as well.

Meanwhile, certain candidates have also run as independents and managed to win the polls. Out of the 17 women, 11 are reformists and the rest have declared themselves as being independent.

Looking at the previous nine parliaments shows that the fifth one, with 14 female MPs, held the highest record before the recent elections. The Iranian people, however, broke this record by electing 17 female members this time.

Presence of Women in Different Terms of Iran’s Parliament