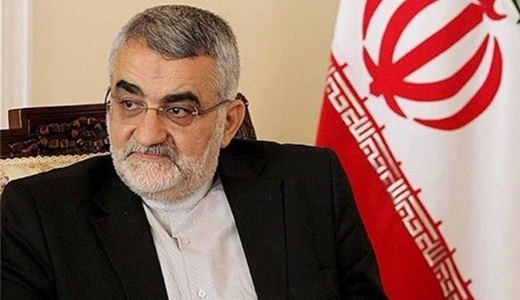 In letters to his counterparts at the European Parliament and the parliaments of France, Britain, Germany, Russia and China, Alaeddin Boroujerdi said the new US law is “unfair and discriminatory” in nature.

Chairman of parliament’s National Security and Foreign Policy Committee deplored a new law that tightens visa-free travel to the US for those who have visited Iran, saying it violates a comprehensive nuclear deal that Tehran and six world powers hammered out in July.

Alaeddin Boroujerdi on Sunday sent letters to his counterparts at the European Parliament and the parliaments of France, Britain, Germany, Russia and China, complaining about the bill that the US House of Representatives passed to tighten visa-free travel to the US and President Barack Obama signed into law.

The new law not only is “unfair and discriminatory” in nature, but also contradicts what the US is committed to do under the Joint Comprehensive Plan of Action (JCPOA), the lawmaker said in the letter.

If enacted, the new US visa program will adversely affect normalization of Iran’s trade and economic ties with the world, since it will discourage international business people from traveling to Iran, Boroujerdi explained.

According to the bill, which was passed in the US House by 407 to 19 on December 8, visitors from 38 “visa waiver” countries will need to obtain a visa to travel to the US if they have been to Syria, Iraq, Iran or Sudan in the past five years.

On December 18, US lawmakers sent Obama a huge tax and spending package, which also included reforms of the US visa waiver program, and the president quickly signed it into law.

The controversy comes weeks before implementation of JCPOA, the nuclear deal signed between Iran and P5+1 (Russia, China, the US, Britain, France and Germany) in July.