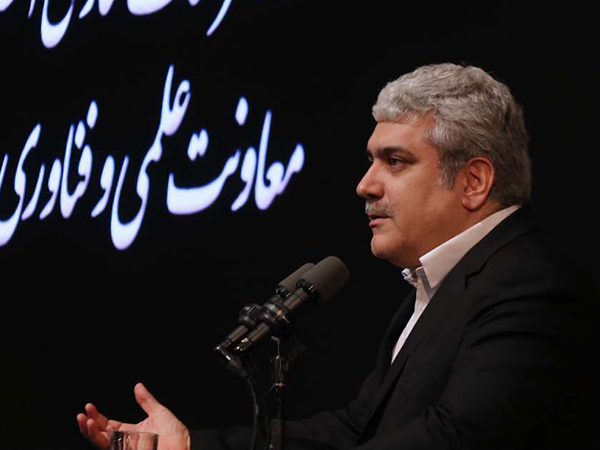 Iran’s Vice-President for Science and Technology says knowledge-based firms are playing a key role in changing the economic and cultural atmosphere of the country by exporting their products to various parts of the world.

In an address to a science and technology exhibition in Tehran on Saturday, Sorena Sattari said the country’s knowledge-based firms, supported by the Science and Technology Department of the Iranian President’s office, have exported $5 billion worth of products to other countries.

He went on to say there are over six-thousand startups in various areas in Iran like biotechnology, nanotechnology, cognitive sciences, aerospace and many others.

“Today, we should see how to inject creativity into our economy. To this end, we should have this point in mind that the concept of education is changing in the world. We should take some long steps in developing new frameworks for educating our new generations,” he was quoted as saying in a report by IRNA.

The Iranian vice president underlined that cities will play a significant role in the future world, adding, today Iran should seek to create a creativity factory within its urban space.

“To this end, we are going to establish the largest creativity factory in Tehran in the near future. At least over one thousand people are active in its establishment,” he said.

Sattari said the final phase of the project will be accomplished in May and over 3,500 people from various areas including private sector will be involved in it.

He added at least four other factories are being renovated in Tehran and said planning is underway to establish similar factories in other big cities like Mashhad and Isfahan.

Elsewhere, he added smart cities are formed by educating citizens on a daily basis.

He then referred to the cooperation established between academic centres and knowledge-based firms in Iran and said the new development will not only change the urban space but also our lifestyle and culture.

The official underlined that the government has put its focus on the further development of technological startups and added the new generation, active in this field, can play a leading role in the economy and industry of the country.