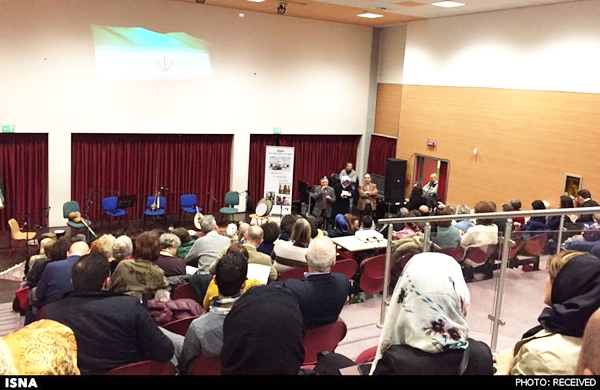 In a ceremony held in Italy, Iran’s largest Island, Qeshm, became a sister city to the Italian commune of Vimodrone, a municipality in the province of Milan.

The ceremony, which was entitled “Persian Night,” was held on Friday in Milan, and was attended by the Iranian consul, as well as a group of Iranian and Italian tourist industry agents who reside in the European country.

During the ceremony, a plaque was also unveiled which displayed the sisterhood of Qeshm and Vimodrone, the Iranian Students’ News Agency (ISNA) reported.

In the ceremony, Antonio Brescianini, the mayor of Vimodrone (14 kilometres northeast of the city of Milan), spoke about what he had seen during his visit to Iran, and hailed Iranian tourist attractions as well as the country’s cuisine, which he described as a “unique experience”.

The ceremony was held at the end of the second day of Milan’s BIT Fair, one of the world’s leading tourism exhibitions.

In this ceremony, Mohammad Jozi, the Iranian consul-general in Milan, hailed the “glorious” and “fitting” design of Iran’s pavilion in the 36th edition of Italy’s tourism exhibition, which resembled a classical Persian garden.

He also highlighted plans for the expansion of Iran-Italy ties after the recent nuclear deal between Tehran and various world powers, which took effect on January 16, and terminated all nuclear-related anti-Iranian sanctions.

The International Travel Fair, known as BIT (Borsa Internazionale del Turismo), is an event that brings together trade agents from all over the world, a large audience of visitors, travel lovers, television reporters and journalists.

BIT takes place every year, since 1980. Over the years BIT has been an international meeting point for decision makers, professionals, buyers, sharply outlined and selected, coming from different areas, and industry fields.