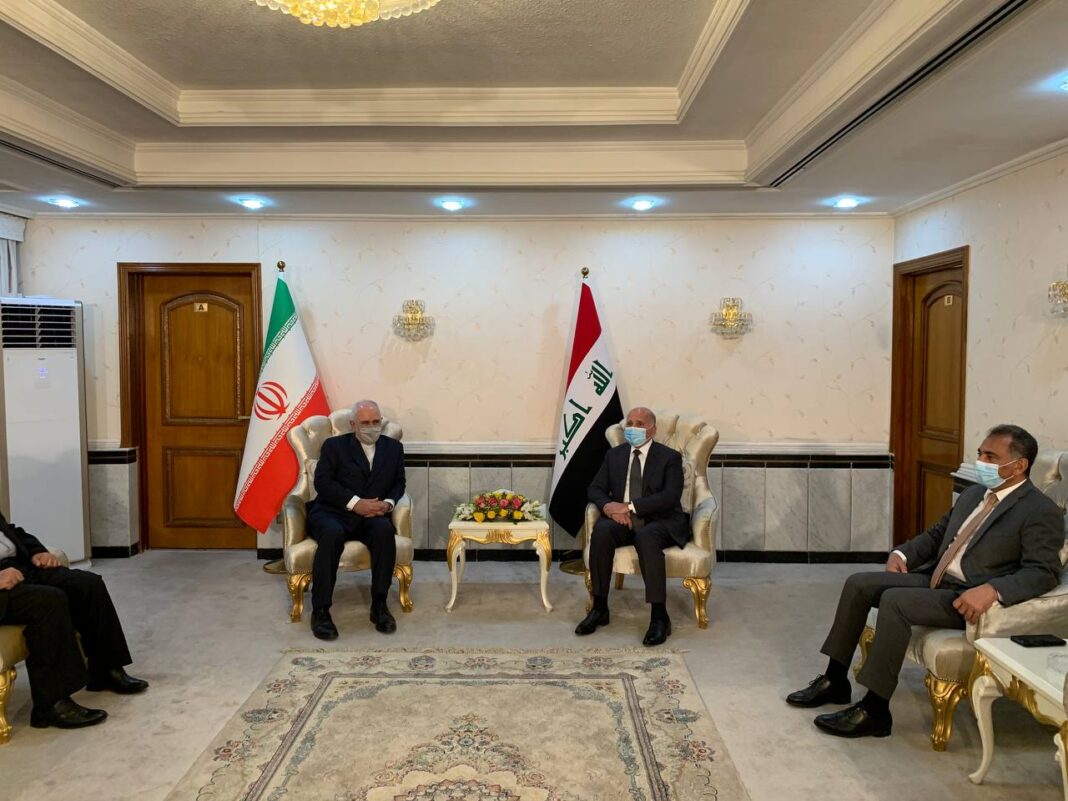 Iran’s Foreign Minister Mohammad Javad Zarif, who is in Baghdad on a two-day trip, met his Iraqi counterpart Fuad Hussein to discuss the latest developments in bilateral relations and regional issues.

Foreign Minister Zarif then welcomed Iraq’s regional role in strengthening regional relations and the cooperation of the countries of the region with each other, and expressed Iran’s support for Baghdad’s constructive role.

The Iranian foreign minister further expressed concern over the ISIS terrorist group’s recent activities in Iraq, and said a serious fight against these efforts requires that Iran and Iraq cooperate with each other once again.

He also stressed the significance of pursuing the case of the martyrdom of Lt. General Qassem Soleimani, Abu Mehdi Al-Muhandis and their comrades, and praised the Iraqi government’s efforts in this regard as well as the country’s judicial cooperation during the Iranian Judiciary chief’s trip to Baghdad.

Emphasising respect for the sovereignty and territorial integrity of Iraq, Foreign Minister Zarif reiterated Tehran’s opposition to certain military actions in Iraq, including the ones against diplomatic missions, and announced the readiness of the Islamic Republic of Iran to assist Iraq in preventing such actions.

In turn, Iraqi Foreign Minister Fuad Hussein expressed satisfaction with the trend of Iran’s talks with the P4+1 group of countries and elaborated on Iraq’s regional policy of bringing the viewpoints of regional countries closer together.

The Iraqi foreign minister also stressed the need to resolve certain trivial issues in the implementation of the agreements and memoranda of understanding between the two countries.

Following up the agreements reached during the Iranian president’s visit to Iraq, settlement of Iraq’s debts to Iran, transportation and railway issues, visa problems of Iranian businessmen, certain problems hindering the activity of Iranian technical-engineering companies in Iraq, and financial issues were among other issues discussed by the two ministers.