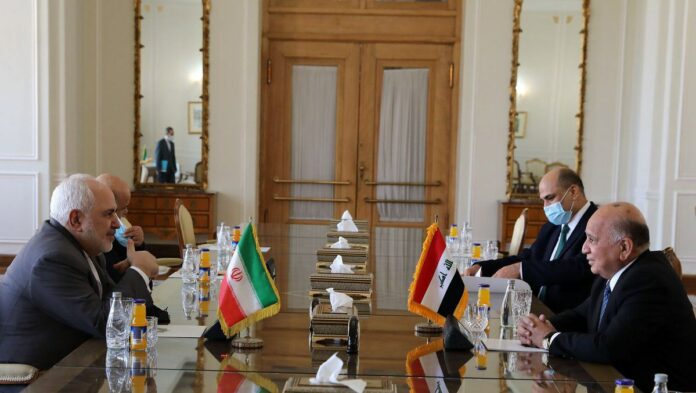 Iranian Foreign Minister Mohammad Javad Zarif and his Iraqi counterpart Fuad Hussein have discussed a range of issues pertaining to mutual relations as well as regional and international developments.

In the Saturday meeting in Tehran, the top Iranian diplomat expressed Tehran’s backing for the political trend in, and sovereignty of Iraq, saying the Arab country’s security is important for Iran.

Zarif touched upon attacks carried out against Iranian diplomatic locations and highlighted the necessity of guaranteeing the dignity and security of Iranian diplomats in Iraq.

He condemned any assaults on diplomatic places and denounced any such attacks as unacceptable. Zarif said such attacks must be stopped.

He then referred to the United States’ assassination of top Iranian commander Lieutenant General Qassem Soleimani in Iraq, calling on the Iraqi government to discharge its responsibility in that regard.

The Iraqi foreign minister, in turn, underscored the strategic importance of Tehran-Baghdad ties.

He said the two sides enjoy age-old relations and a common geography as well as common economic and political interests.

He said Iraq will not allow its soil to be used for threatening neighbouring countries.

As agreed in the meeting, an Iraqi technical team will travel to Iran in the coming two weeks to implement mutual agreements, including those on dredging the border river of Arvand Rud.