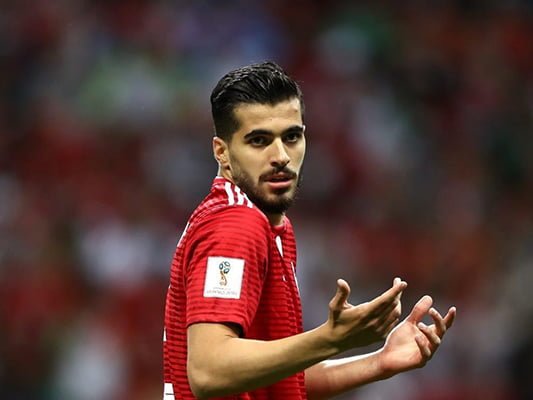 Iranian midfielder Saeid Ezatollahi is hopeful Iran could emerge victorious in its Monday match against Portugal in the 2018 World Cup, as Iran’s football squad is poised not to lose its first real opportunity in history to advance to the knockout stage of the world’s most popular sport event.

Portugal, the defending European champion, is tied with Spain at the top of the group with four points each. Iran is right behind with three, thanks to its 1-0 victory over Morocco in its opening game.

Despite their 1-0 defeat against Spain, Team Melli’s fate is still in its own hands.

Iran and Portugal will meet each other in their last group match of the cup at the Mordovia Arena, Saransk, on Monday night.

Saeid Ezatollahi, who was absent in the first game but did well in the Iran-Spain match0, told Khabar Online in an interview on Sunday that Team Melli, seen as Asia’s best defensive team, could stop Cristiano Ronaldo, who so far has scored four times in the tournament.

“When people talk about Portugal, they just talk about Cristiano Ronaldo. But we have 23 Ronaldos in our team. We are a ‘team’. Is Portugal the same?”

Ready to Fight to Death

Ezatollahi said the Iranian squad has nothing to lose and is not afraid of Portugal.

“In the past two games, we tried to do our best so people can be proud of us. We are happy that we have a chance to advance [to the knockout stage],” he said.

“Without a doubt, it will be a difficult game. But we are not afraid and we want to fight hard for our goals,” he said.

“We know that 80 million people are watching us. We are aware of the country’s difficult situation and know that Team Melli’s success could bring smile to the faces of our fans. So these guys are ready to fight to the death,” he said.

Team Melli will advance to the competition’s next stage for the first time in its history with a win over Portugal, regardless of the outcome of Spain-Morocco match.

Queiroz, who also coached Iran at the 2014 World Cup in Brazil, has called Monday’s game against Portugal “the most interesting and important match in my seven years with Iran.” 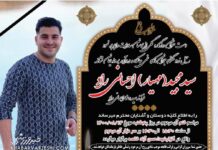