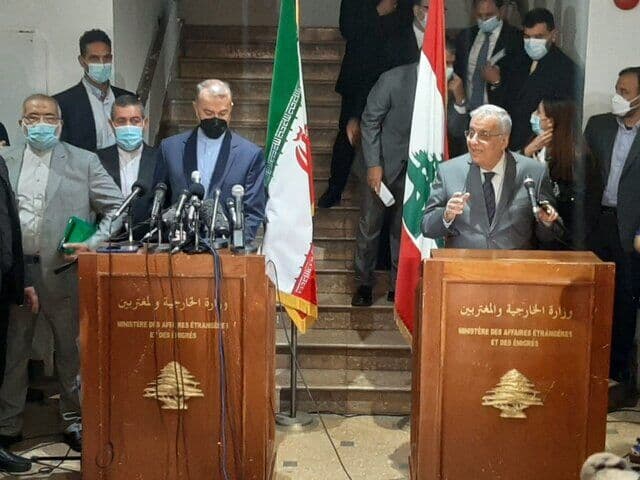 Iranian Foreign Minister Hossein Amirabdollahian has said if the other parties to the Iran nuclear deal, JCPOA, are serious in returning to full compliance with the agreement, Iran is also ready to do the same.

Amirabdollahian said the US’s oral messages and empty promises of the European troika are no criteria for Iran.

Amirabdollahian was speaking at a press briefing with his Lebanese counterpart Bo Habib on Thursday in Beirut. He said Iran seeks talks that would realize the rights and interests of the Iranian people.

Amirabdollahian noted that Iran will make decisions and take action based on practical measures of the other sides including the removal of sanctions and their return to their obligations under the JCPOA. The foreign minister noted that Iran has been the only party to the deal that stuck by its obligations under the JCPOA to the end and it’s ready to return to full compliance with the agreement if the other signatories do the same.

Iran reduced its commitments under the JCPOA after former US president Donald Trump left it and reinstated sanctions on Tehran.

Amirabdollahian also spoke of ties with Lebanon. He said Tehran is ready to build two electricity power plants in Lebanon within 18 months.

Amirabdollahian also said Iranian companies are prepared to rebuild the Beirut port that was devastated in a massive explosion in 2020.

He added that during his visit, Iran and Lebanon agreed to hold an economic commission. The foreign minister noted that Iran is ready to help Lebanon in all areas.

He said the Lebanese including the people, the army, the government and resistance movement Hezbollah are capable of challenging the Zionist regime.

He also touched on Iran-Saudi Arabia negotiations. The foreign minister described recent talks between the two sides as good and said Iran is after negotiations which would realize the rights of the Iranian people.

The Lebanese president reiterated his country’s support for Iran’s efforts to strengthen ties between Tehran and regional, most notably Arab, countries through talks. He also said negotiations will bring views closer to each other.