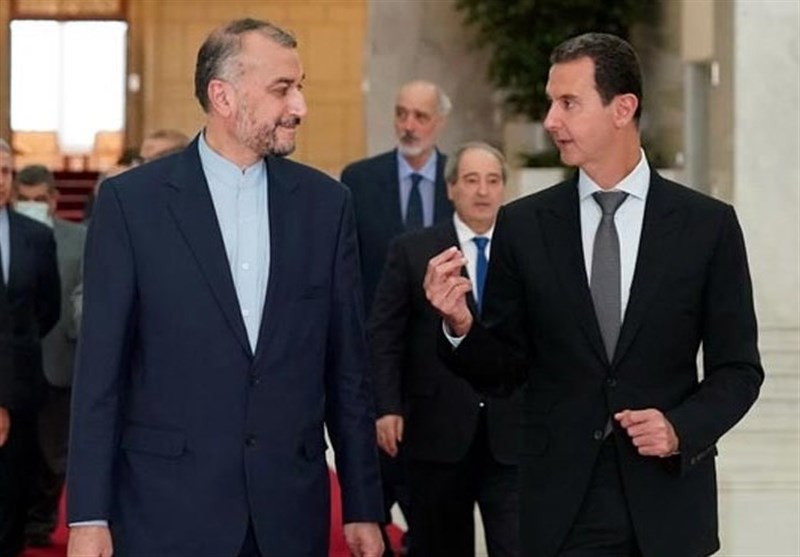 In the meeting, Amirabdollahian and Assad stressed the need to strengthen and deepen relations between the two countries.

They also exchanged views on developments in Afghanistan, Yemen, Iraq and Syria.

The Iranian foreign minister called the extensive contacts between the high-ranking officials of Iran and Syria an indicator of the depth of relations between them and congratulated Damascus on its political, international and field victories.

He also said that the diplomatic atmosphere in the recent UN General Assembly meetings indicated that the situation has changed in Syria’s favor.

Amirabdollahian explained the policy of the Islamic Republic of Iran towards the developments in Afghanistan. He said, “We are in contact with all parties in Afghanistan, including the Taliban, and we invite them to form a comprehensive government.”

During the meeting, the Syrian president stated that in the short time that has passed since his previous meeting with the Iranian foreign minister, many changes have taken place ‘that have benefited all of us.”

He added that the US withdrawal from Afghanistan marks the emergence of new axes and the decline of the Western axis.

According to the Syrian president, regional countries and Afghanistan’s neighbors know that the United States does not accept responsibility for its actions and policies in Afghanistan.

Assad also said the Islamic Republic of Iran has this capacity and in order for Afghanistan to succeed, Iran must enter into negotiations with its neighbors and other players, because the Americans want to sow discord between Afghanistan’s neighbors.

Assad also said, “We are interacting with Syria’s Constitutional Committee in line with Syria’s national interests, and not as a result of foreign interference and the imposition foreign countries’ views.”

Regarding the developments in Idlib, he stressed the end of the occupation and the return of all occupied territories to Syria.

Amirabdollahian also referred to the pragmatism of the new government in the Islamic Republic of Iran. The foreign minister said that Iran has a plan for sustainable economic development, which will pursue it even in the event of the continuation of oppressive sanctions against Iran.

On the Vienna talks, Amirabdollahian said Iran will return to the negotiating table soon, and it will consider the issue of verification and receiving the necessary guarantees for the fulfillment of the obligations of the Western parties.