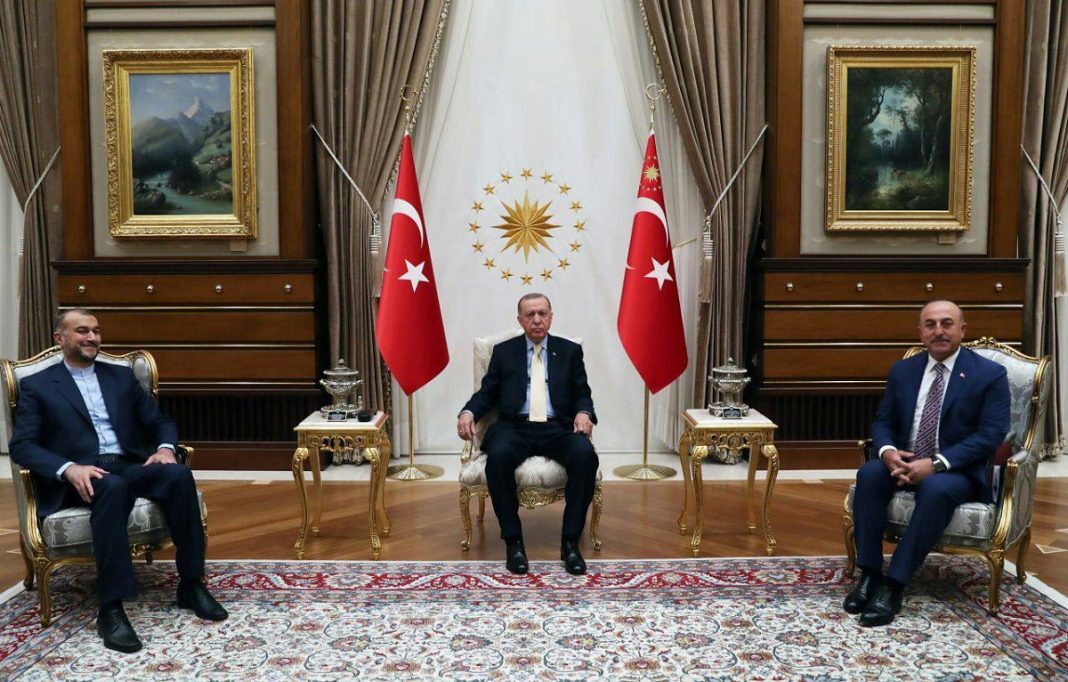 Iranian Foreign Minister Hossein Amirabdollahian has said the Syria crisis can only be resolved through political means. Amirabdollahian was speaking in a meeting with Turkish President Recep Tayyip Erdogan in Ankara on Monday night.

He warned against using force to resolve the Syria crisis and declared Iran’s readiness to assuage security concerns in the Arab country.

Amirabdollahian in other comments referred to the Zionist regime’s seditious presence in some regional countries, saying the regime only brings insecurity wherever it goes.

The top Iranian diplomat reaffirmed Iran’s unwavering support for the Palestinian cause.
Amirabdollahian also spoke about the nuclear deal revival talks in Doha.

He said Iran is determined to reach a good, robust and reliable deal with the other parties.

The Iranian foreign minister said an agreement is at hand if the US side acts realistically and avoid making excessive demands.

He then extended Iranian President Ebrahim Raisi’s greetings to Erdogan and invited him to visit Iran for participating in the session of the supreme council of cooperation between Tehran and Ankara.

The Turkish president thanked the Iranian president for renewing an invitation for him to attend the meeting, expressing hope that he will travel to Tehran at the earliest opportunity.

Referring to the Doha talks to revive the nuclear deal, Erdogan said he was hopeful that the negotiations would pay off.

He also touched on the Palestinian issue. Erdogan said Turkey views the issue of Palestine, al-Quds and al-Aqsa Mosque as important for the Muslim world.

He also said it is important that the Muslim world maintains its unity on the matter.