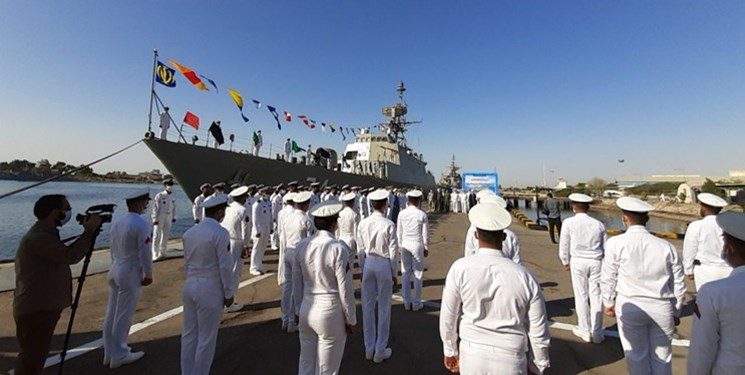 Major General Abdorrahim Mousavi said the mission was conducted in the worst climatic conditions and amid the enemy’s political and psychological campaigns.

“The strategic mission of the 75th Flotilla of the Navy generated strategic confusion among hegemonic powers,” said the top commander in a ceremony where the flotilla was welcomed home by senior military officials in the southern Iranian port city of Bandar Abbas.

“Everybody knows that the commander-in-chief of the Armed Forces [Ayatollah Seyyed Ali Khamenei] approved of the idea of venturing into the Atlantic Ocean back in 2011, and he stressed that issue once again in 2016,” he added.

The top commander said he was pleased to see the Iranian Navy has fulfilled the leader’s instruction and carried out a mission in the Atlantic Ocean.

“This historic mission was conducted in full independence and thanks to the Islamic Revolution and the Islamic Republic’s Establishment as well as the prudent guidelines of the commander-in-chief of the Armed Forces coupled with the prudence, vigilance, knowledge, resistance, bravery and untiring efforts of the Navy, and amounts to a key step towards the realization of the objectives of the second phase of the Revolution,” general Mousavi added.

Leader of Iran’s Islamic Revolution Ayatollah Seyyed Ali Khamenei had already hailed the flotilla, too, on the accomplishment of its mission.