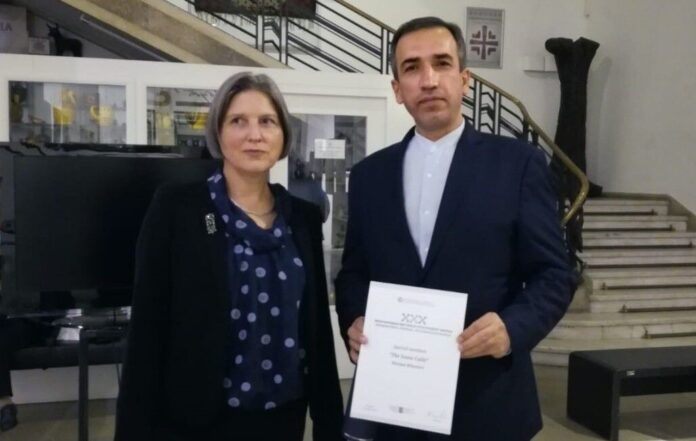 A film directed by prestigious Iranian filmmaker Marjan Khosravi entitled “Snow Names” has won the award for the best movie in the student sector of the International Festival of Ethnological Film in Belgrade.

The festival began with the motto “Eternal Footprint” last week and ended on Friday after awards were granted.

The International Festival of Ethnological Film in Belgrade featured 56 movies from more than 30 countries including Iran, Britain, France, Germany, Japan and India. The 56 films were selected from among 160 ones by prominent Serbian director Vladimir Perović for the competition.

Three movies directed by young Iranian filmmakers contested the award and Marjan Khosravi’s “Snow Names” won the award for the best film in the student sector.

Head of the Cultural Center of the Iranian embassy in Belgrade Mohammad Taghi Rahmani received the award on behalf of the Islamic Republic.

Rahmani told Ms. Tiana Popović, the head of Serbia’s Ethnological Museum that this is the first time during his tenure that works of Iranian artists including films and cartoons are selected for an award in the festival and “this shows the good level of cultural cooperation between the two countries”.

Ms. Popović noted that the Iranian directors failed to show up at the festival due to the Covid-19 pandemic and expressed hope that this cultural cooperation between Iran and Serbia will continue.