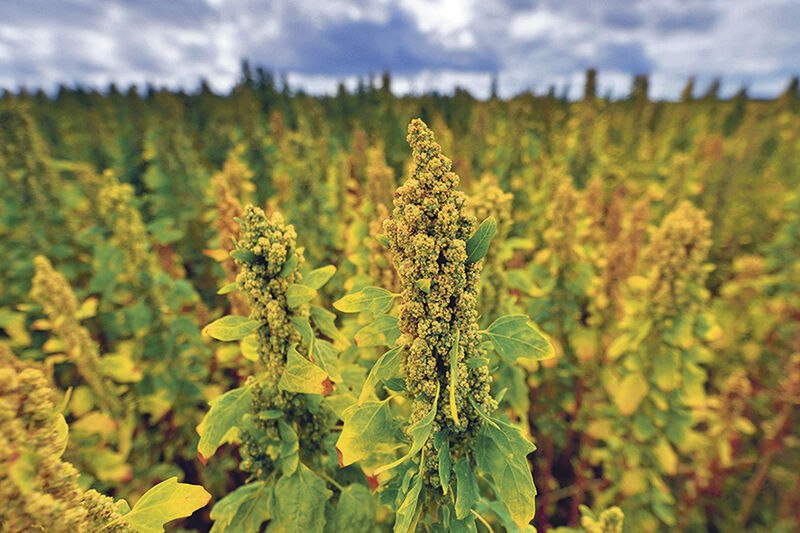 Famers in the northern Iranian province of Golestan have begun to cultivate Quinoa, a healthy plant whose glutton-free seeds are rich in protein, dietary fiber, B vitamins, and dietary minerals in amounts greater than in many grains. .

Director of the Centre for Herbal Medicines at Golestan University of Medical Sciences said growing Quinoa has been fully mechanised in the province since March last year, and its harvest began recently using combine harvesters.

Mostafa Hamidi in an interview with ISNA said this year, two hectares of farms in Gorgan and Kordkuy cities are cultivating Quinoa.

Hamidi went on to say that Quinoa is an organic bioactive vegetable and is considered a kind of semi-grain. This plant is the main source of protein, iron and fibre and its protein is twice as rice.

The plant is native to Peru, Chile and Bolivia, he said, adding that Quinoa is used in South and North America as a major dish. The FAO has compared its nutritional value with powdered milk.

Stressing that Quinoa is known as the vegetarian caviar in the world, he maintained the plant is used to enrich flour, pasta and biscuits. “Quinoa can replace many foods because of its high nutritional value.”

Quinoa has the ability to be raised in arid lands and therefore can be grown in the northern lands of the province.”

“The amount of water needed for Quinoa cultivation is one-fourth in comparison with that of rice,” Hamidi said, saying that the plant needs little water.

“Patients with celiac disease who are suffering from gastrointestinal problems can replace wheat with Quinoa. Its cultivation in the country has started in recent years, and by informing people about the benefits of using this plant, its market can be boosted, and it will provide a good incentive to grow this plant, especially in salt lands, “ concluded Hamidi.

In addition to Golestan province, Iranian agriculture officials say the cultivation of Quinoa has been successful in the southern province of Kerman, despite the fact that it is an arid region.