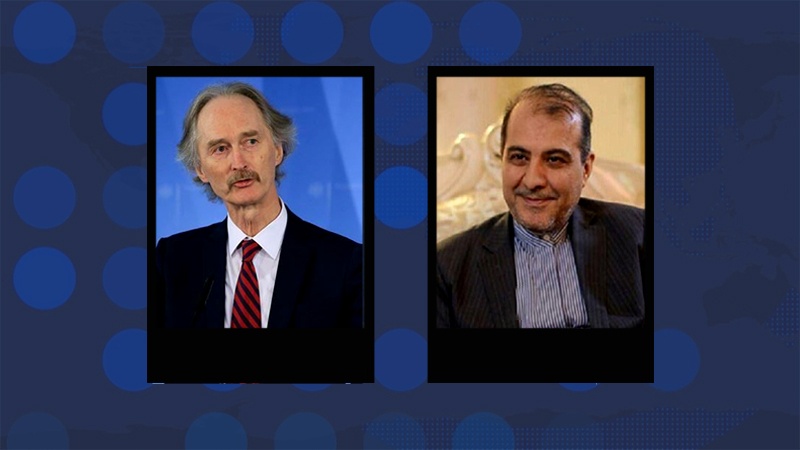 Ali-Asghar Khaji, a senior assistant to the Iranian foreign minister in special political affairs, has held phone talks with UN Special Envoy for Syria Geir O. Pedersen on the latest developments in the Arab country.

In the Saturday talks, the two sides exchanged views on the political process and activities of the Syrian Constitutional Committee.

They underlined the promotion of political dialogue, and the continued work of the Constitutional Committee within the framework of respecting the country’s national sovereignty and territorial integrity.

The phone conversation came a couple of days after the Iranian foreign minister’s trip to Moscow, where Mohammad Javad Zarif discussed the latest Syria developments in his talks with Russian Foreign Minister Sergei Lavrov.

The Syrian issue needs special coordination, and we will coordinate our measures with Russia and Turkey in the Astana talks,” Zarif said upon arrival in Russia.

Iran, Russia and Turkey are guarantor countries that brokered a ceasefire in Syria in December 2016, leading to the Astana talks, which are running parallel to the UN-sponsored Geneva peace talks.