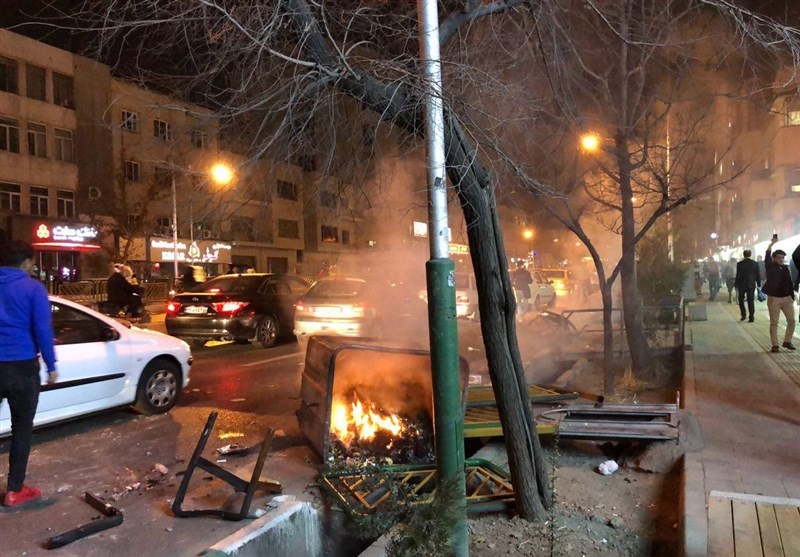 Head of Tehran’s Revolutionary Tribunal cautioned those insisting on participation in violent unrest against the consequences of their disorderly conduct, saying rioters arrested from the third day of the unrest on will receive harsher punishment.

Speaking to Tasnim on Tuesday, Hojjatoleslam Mousa Qazanfarabadi said individuals arrested after the third day of unrest in Iran will have to face more severe punishment because they have consciously taken to the streets and resorted to violence despite the Interior Ministry’s ban on such gatherings.

Every day that passes by, those arrested in riots will face heavier penalties, as they are not deemed to be protestors any more, but rioters seeking to harm the core of the Establishment, he added.

According to the court chief, individuals already detained in Tehran and other cities on charges of leading the riots and having links with foreign espionage services will appear in court very soon.

Qazanfarabadi went on to say that a number of the most wanted mercenaries have been captured by the security forces amid the recent riots.

The top Iranian judge called on the prosecutors to monitor the situation closely, steer those pursuing legitimate demands towards lawful methods, and get tough with vandals and arsonists destroying public and private properties and violating the rights of others.

Some cities of Iran have witnessed rallies in the past few days in protest at price hikes and economic woes.

Police have arrested a number of demonstrators who were trying to damage public property in the gatherings.

In the recent demonstrations in Iran, 10 people have been pronounced dead, while unconfirmed reports suggest that the death toll has risen to 21 on Tuesday morning.

In Najafabad, a city in the central province of Isfahan, a rioter opened fire to police forces on Monday night, killing one and injuring three others with a hunting rifle.

On Monday evening, a number of Iranian cities saw anti-riot public demonstrations, with people calling for calm and an end to sporadic urban unrest.

President Hassan Rouhani has stressed that the united Iranian nation will stand firm against a small group of foreign-induced rioters that have tried to hijack recent peaceful protests in the country, saying any protest should be organized in compliance with the regulations.