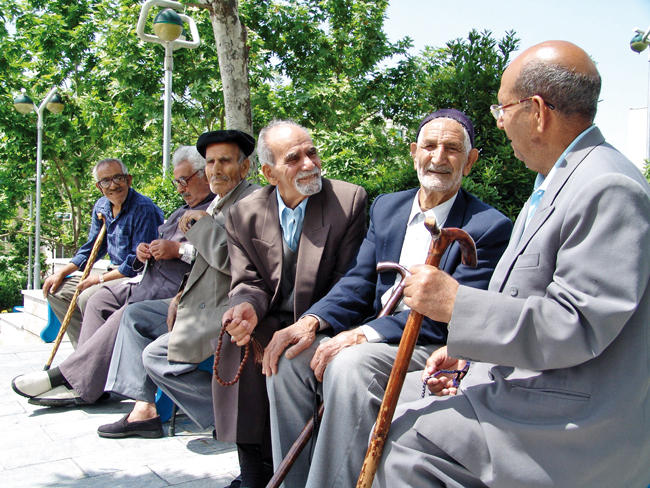 The southwestern Iranian city of Dezful in Khuzestan province has been picked as the top age-friendly city.

Head of Dezful Welfare Organization, Fereydoun Abdi, says the city has been selected as the top age-friendly city in Khuzestan province given the measures adopted by the local officials to promote the elderly’s welfare.
He went on saying that the achievement has been made thanks to hard efforts by various departments in the city and their close cooperation with the State Welfare Organization.
He said a number of measures won Dezful the title of age-friendly city of the province including: providing the elderly with a special park titled Salmand (Elderly), setting up a building for pension organization in the park, providing appropriate entertainment and sport facilities for the elderly, repairing the pavements and making them age-friendly, and offering free-of-charge services to the elderly by Dezful Bus Company.
According to a Farsi report by IRNA, Abdi added that the welfare organization of Khuzestan province introduced Dezful as the best age-friendly city.
“In line with addressing other problems that the elderly in Dezful are grappling with, all relative departments including municipality and governorate have also been assigned with offering appropriate services to the elderly,” Abdi said.
Head of Dezful’s State Welfare Organization also said the organization is now offering services to 65 old men and women in Dezful, adding another 65 elderly men and women are provided with rehabilitation services.
“There are at least two retirement homes in Dezful which take care of the old men and women. But we are planning to build a culture which limits the families to leave their old mothers and fathers alone in the homes of the aged,” he said.
He called for promotion of the culture of treating the elderly with dignity and said a special phone number has been assigned to receive any report on ill-treatments of the children and the elderly.
“We will provide social care for any child or old man and woman who is ill-treated,” he added.
In Iran, June 15 to 22 has been named as the Week of Welfare with Focus on Social Responsibility and Health.
At present over 1,520 elderly men and women are offered welfare services in Dezful. Meanwhile, about two thousands families are provided with indirect services by the organization.
About 5,300 people with disabilities live in Dezful.