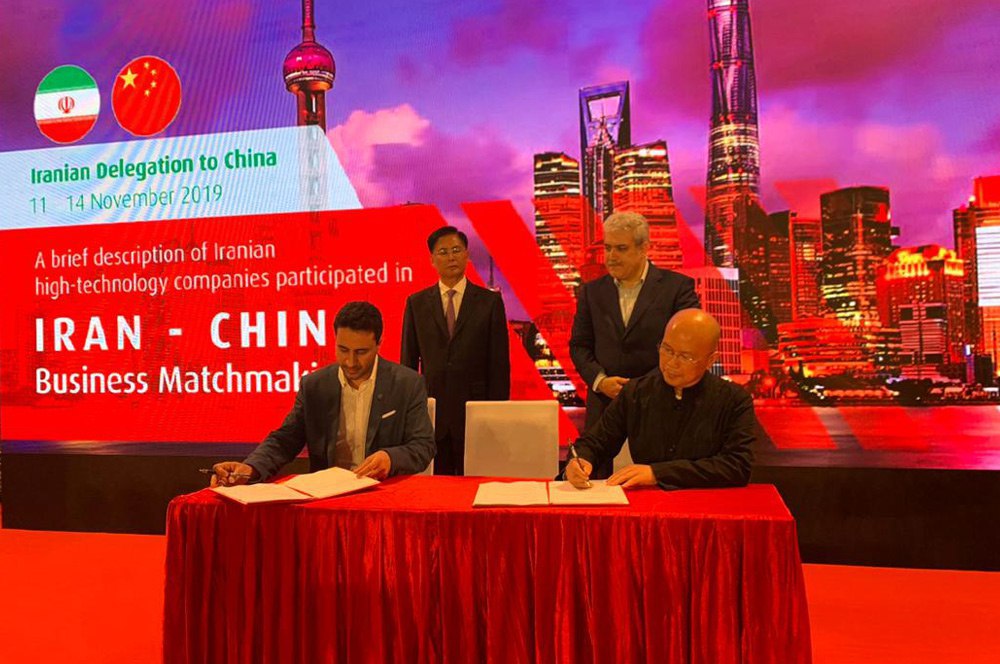 Iran and China have signed seven cooperation agreements at the second business and technology meeting between the representatives of the two countries’ knowledge-based companies in the Chinese city of Shenzhen.

The second business and technology meeting of the representatives of Iranian and Chinese knowledge-based companies was held in Shenzhen, China on Wednesday November 13.

The meeting was attended by 70 technology companies who were accompanying Iran’s Vice President for Science and Technology Sorena Sattari on a trip to the Asian country.

At the meeting, Sattari spoke about Iran’s scientific and technological capabilities, highlighting the capabilities of knowledge-based companies and startups.

Developing cooperation between technology firms in the two countries, and finding investors to increase the export of knowledge-based products were on top of the agenda.

At the end of the meeting, seven cooperation agreements were signed between Iranian companies and Chinese parties. Cell therapy, gene therapy and the issue of co-production of social robots were some of the topics that were agreed upon.

China is currently the most populous country in the world, with a high GDP of more than $12 trillion and has been called the world’s second largest economy.

On the other hand, it is one of the largest markets in the world. Therefore, holding such meetings can be a step towards expanding the knowledge-based companies market.

The goal of the visit is to help develop Iran’s knowledge-based, technology and creative companies’ exports to China and to create a mutual technology-based exchange of knowledge.