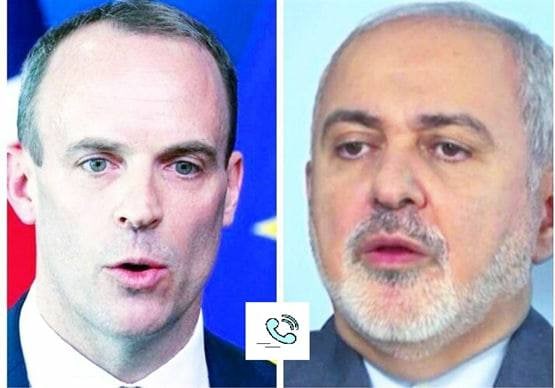 Iranian Foreign Minister Mohammad Javad Zarif and his British counterpart Dominic Raab had a telephone conversation on Saturday upon the latter’s request.

In this phone call, the two sides conferred on the latest developments related to the JCPOA, especially the upcoming meeting of the Joint Commission in Vienna.

The Iranian foreign minister once again underlined the necessity of the full and final removal of the US’ unlawful and unfair sanctions in a way that Iran can verify.

“This is how we will return to our commitments,” Zarif said.

He also called on the European parties to the JCPOA to respect their commitments under the deal, and play a constructive role in the upcoming Vienna talks.

The UK Foreign Secretary, in turn, said his country will try to help negotiations bear fruit.

On Saturday, Zarif also had a phone conversation with his French counterpart Jean-Yves Le Drian about the upcoming Vienna meeting.