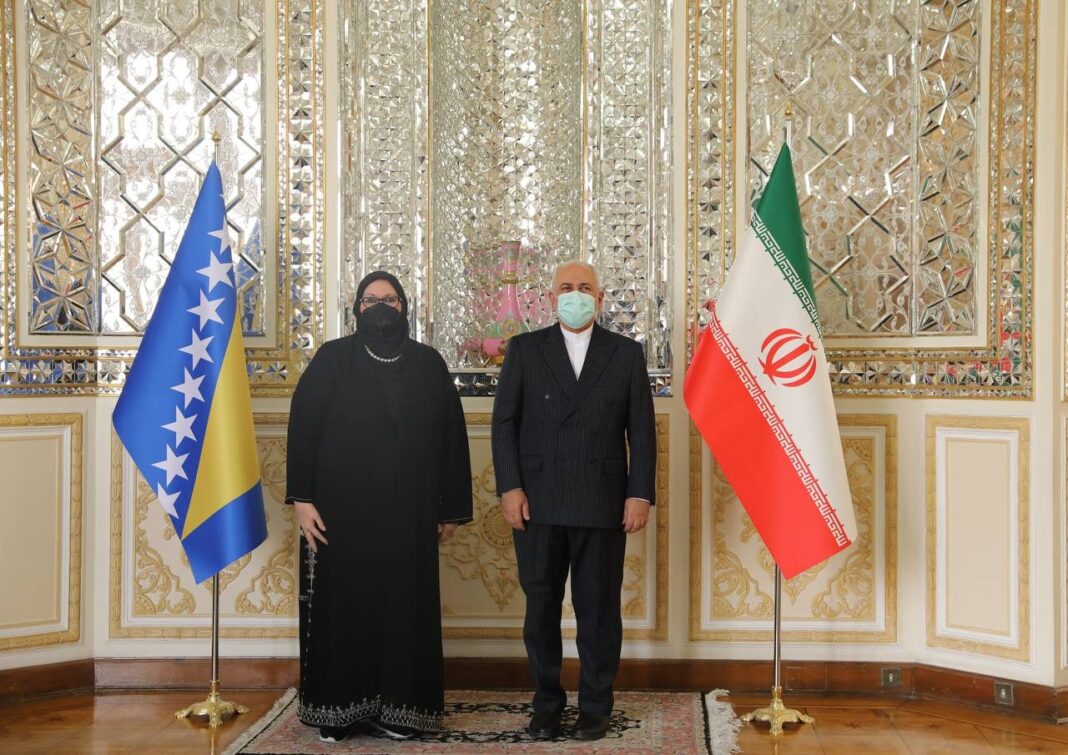 Iranian Foreign Minister Mohammad Javad Zarif and his Bosnian counterpart Bisera Turković discussed the latest trend of regional and international developments in a meeting in Tehran.

Bisera Turković, the Vice-Chairwoman of the Council of Ministers of Bosnia and Herzegovina and the country’s Foreign Minister who is in Tehran to attend the inauguration ceremony of Iran’s new president, had a meeting with Foreign Minister Zarif on Wednesday afternoon.

During the meeting, the two sides conferred on regional and international developments and exchanged views on the latest status of bilateral relations.

The two top diplomats also highlighted the historical civilisational and cultural commonalities that link the peoples of Iran and Bosnia and Herzegovina, and underlined the necessity of enhancing political consultations and friendly ties in different areas.