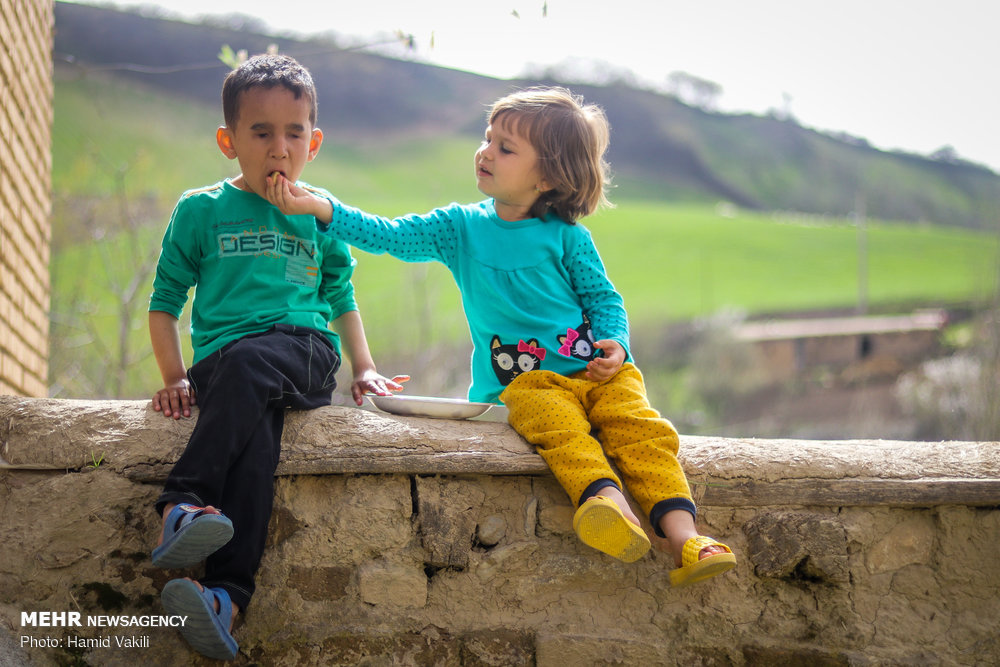 February 26 marks Mother’s Day in Iran. The mother plays major and tough roles in life which not everyone can play well.

There are ladies who assume heavy responsibilities despite their low age. This time, 5-year-old Aynaz, from a village on the outskirts of Maraveh town in northern Golestan province, has become a nursing mother for her blind brother, Assef.

According to Aynaz’s mother and father, Aynaz is a perfect mother and does most of her brother’s works. She feeds him, takes him out, goes shopping for him and plays different games with him. She takes care of Assef as much as she can without her parents’ help.

Although Assef is visually impaired, he can see the beauties of life thanks to her younger sister.

The following are photos of this brother and sister, courtesy of Mehr News Agency.