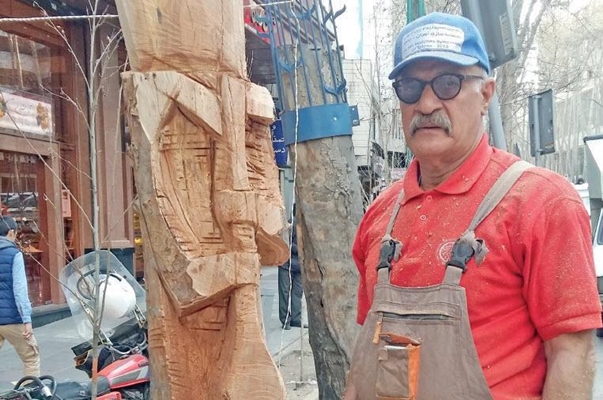 A skilled sculptor creates works of art with dried wood as he believes turning the trees that have been dried into sculptures can be a unique environmental recycling move.

Jamshid Moradian is a sculptor who has worked on wood and trees for many years and believes that the trees must not be cut down. 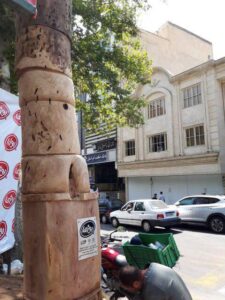 The artist creates his works in the presence of people, and intends to convey a certain message. Moradi has recently transformed a tree in Tehran into a work of art, and hopes the move would turn into a national and even global one.

As the final stages of creating the statue were being performed, ordinary people would stop and watch as they passed.

The artist says it is not necessary to add something to the city to make it beautiful; sometimes getting something from it makes the city calm.

“I believe that being close to art reduces behavioural violence. On the other hand, turning a tree into a sculpture where it stands can be a unique environmental recycling move.” 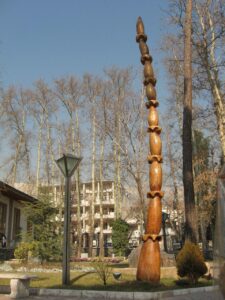 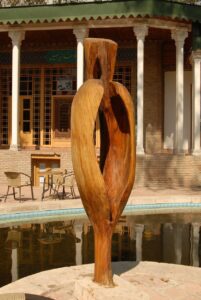 “Now, with the help of laser technology, I can isolate the wood of these trees very well. My works have been standing for 15 years at the Iranian Art Museum Garden,” says Moradian.

The artist has participated in several symposiums around the world, including Italy, France, Japan and China.

About the statue he recently created in northern Tehran, he explains that it is six metres high and hangs on an old elm tree that had dried up many years ago.

“This tree was dried by a special type of insect and worm. I sprayed this tree and injected it with antibacterial so that the insects that dried the tree will not spoil the statue. I also preserved the tree with different layers of petrochemicals and I do promise it will be shown to the public for many years. In fact, I relaxed the wood and then sculpted it.” 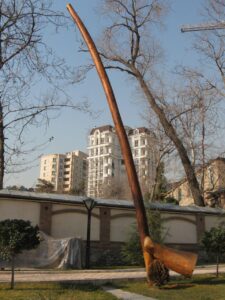 Asked why he chooses dried trees in the city as the material of his work, he said, “When the viewer sees the work of art made in the studio, he/she thinks that it can only be done by the creator of the work. But when an artist walks down the street and starts working in front of people, they believe that it is not difficult for them to become an artist with a little training.”

“On the other hand, the creation of art brings joy. When an artist creates a work in a studio, that joy will be for him alone and he cannot share that with people; in fact, sharing that joy with people is one of the goals of art.”