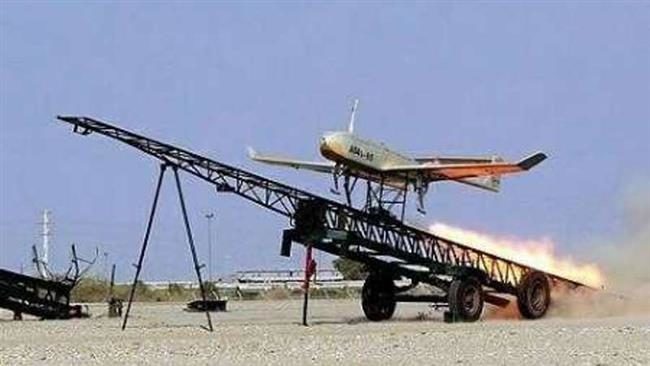 One of the two aircraft, code-named Oghab (Eagle), is a combat drone capable of carrying air-to-surface missiles.

The other, code-named Shahin (Falcon) and developed and manufactured under a project code-named Shahid Mohsen Ghotaslou, can collect information on the positions and movements of enemy forces on reconnaissance missions. It boasts a flight endurance of 24 hours.

General Seyyed Kamal Peyambari, the spokesman for the military drills, said the jamming and combat techniques of drones were also fully tested at various altitudes on Tuesday, with the participation of military commanders and defense experts.

Peyambari noted that sophisticated and innovative weapons such as super-caliber 107mm rocket launchers, optimized versions of the 62.5mm PSG-1 and Dragunov semi-automatic sniper rifles, a jammer with an effective range of 800 meters, drone jammers, and cellular satellite phone jammers were put to practice on the last day of the drills as well.

Various and extensive psychological war techniques such as drills using 122mm flyer-carrying rockets, tactical radios and directional sound systems were also put to the test for the first time.

The senior Iranian military figure further noted that hand-launched drones as well as land minelayers were also tried out.

Peyambari added that electronic warfare, armored, infantry, mechanized infantry, commando, and intelligence units present at the Mohammad Rasoulallah IV military exercise, which covered an area of 220,000 square kilometers, successfully carried out their operations on the third day of the drills.

Iran has conducted major military drills in recent years to enhance the defense capabilities of its Armed Forces and to test modern military tactics and state-of-the-art equipment. Each year, the country inaugurates a host of new projects and hardware developed with reliance on domestic capabilities.

The Islamic Republic maintains that its defense power is driven by deterrence and poses no threat to any other country.