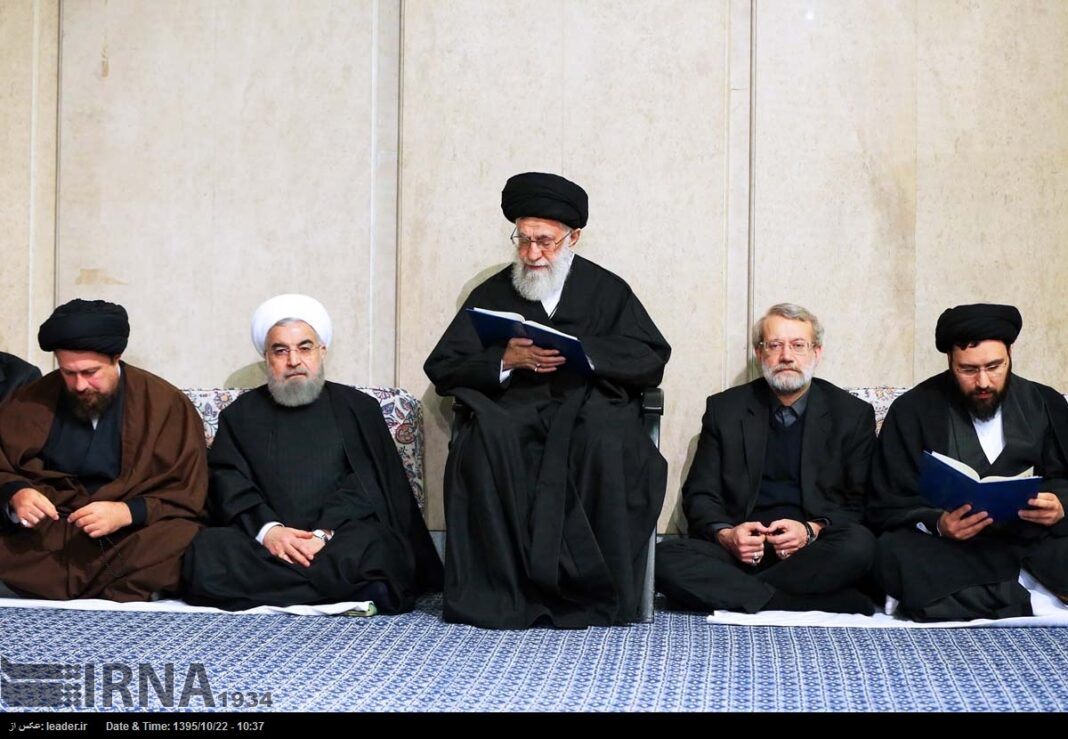 According to a report by IFP, Ayatollah Hashemi Rafsanjani, the iconic figure on Iran’s political scene, who was hailed as the Leader’s “longtime companion, fellow fighter on the path of Islamic Revolution, and close colleague following the establishment of the Islamic Republic,” passed away on Sunday after suffering a heart attack.

He was laid to rest at Imam Khomeini’s mausoleum in southern Tehran following a huge funeral procession attended by millions of Iranians on Tuesday.

Iran’s Leader Ayatollah Khamenei on Wednesday hosted a memorial service for him at Imam Khomeini Hussainiya, which was attended by the bereaved family of the cleric, President Hassan Rouhani, Parliament Speaker Ali Larijani, Judiciary Chief Sadeq Amoli Larijani, and other government and military officials.

The event was also attended by Iraqi Foreign Minister Ibrahim al-Ja’afari, Afghanistan’s Chief Executive Abdullah Abdullah, leader of the Islamic Supreme Council of Iraq Ammar al-Hakim as well as a number of other foreign dignitaries.