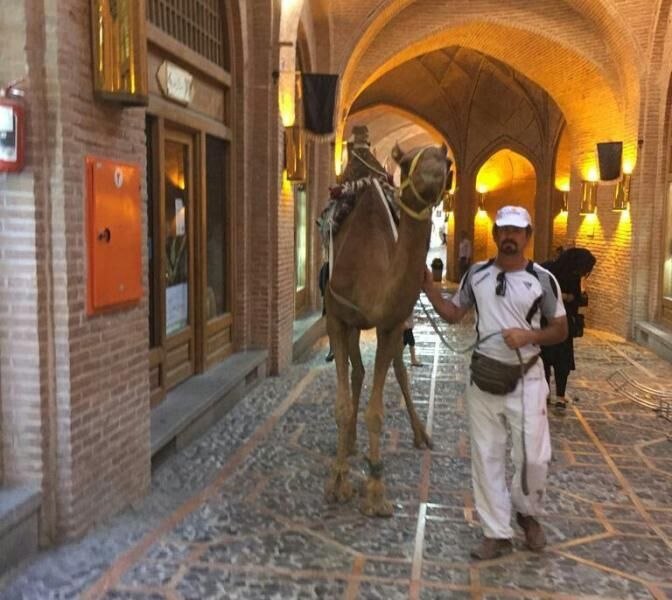 The coronavirus outbreak has forced an Iranian traveller to cut short his trip around the world on camel.

Mohammad Amiri Roodan is a school teacher in Hormozgan province. He set off on his journey around the world on camel in June, 2019. The trip was scheduled to take two and a half years. Now, he has stopped his journey due to the epidemic.

The trip was geared to introducing the tourist attractions of Iran, especially those of Hormozgan province, including the Iranian Bactrian camel and a wonderful local lagoon. The journey began in a ceremony attended by officials and a group of local people.

“First, I intended to go to Europe via Russia before visiting other continents. However, the type of the trip was little known to people, which further complicated the process of administrative work and receiving permits and delayed my work,” says the tourist.

He says he travelled a long stretch of his journey inside Iran with a truck in order to protect the health of the camel on which he was supposed to travel. 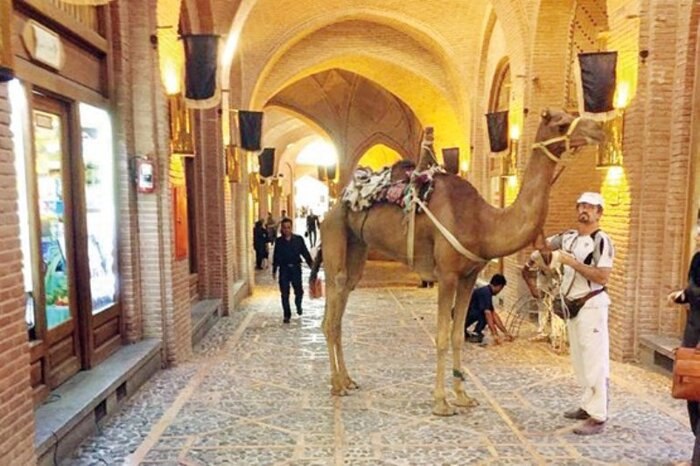 “I was warmly welcomed by locals while passing through different provinces,” he says.

Amiri Roodan says he first began to tame a camel provided by the State Livestock Sciences Institute, but had to change it as he found the animal not suitable for the journey.

“Finally I decided to swap the camel with a tame one bred by nomads,” he says.

According to the tourist, it took him one and half months to go through all paperwork and administrative procedure to swap the camel.

He says finally he set off on his journey and arrived in the Azerbaijan Republic after almost a month.

“Bu the necessary arrangements had not been made with that country and I was not allowed to enter the country with a camel,” he notes.

“Moreover, the coronavirus outbreak in China further intensified these restrictions,” he says.

“So, I had to return to Iran. I began my journey again after a short rest,” says the tourist.

He says he has now stopped his trip due to the coronavirus epidemic, and when he will restart his journey depends on the extent to which the coronavirus outbreak is controlled. 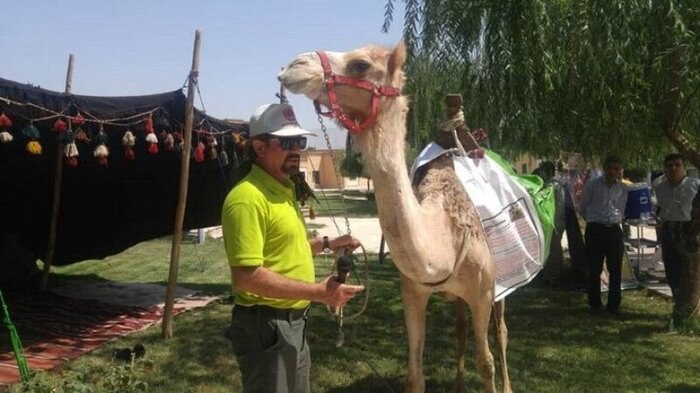 He says he is likely to begin his journey in the next Iranian year (beginning March 20, 2020).

He has 23 years of journeying experience and has set different records in various sports fields.

including swimming, running and cycling.