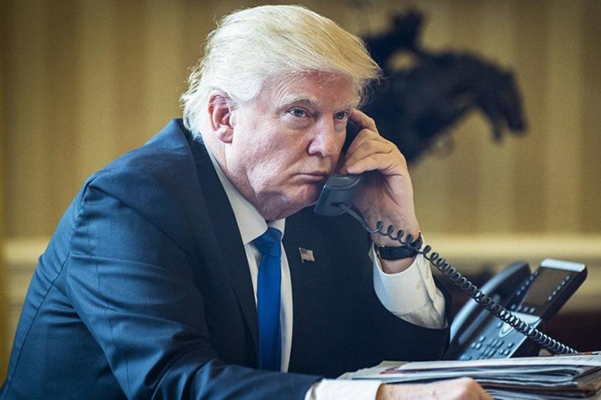 A senior advisor to Iran’s Leader says Tehran definitely would not call US President Donald Trump because such a conversation would be of no use, as his talks with North Korea did not bear any fruit.

Seyyed Kamal Kharrazi, who is also the head of Iran’s Strategic Council on Foreign Relations, made the remarks in a recent interview with France 24 in Paris.

Regarding US president’s claim of readiness to negotiate with Iran, Kharrazi said his intention is to put more pressure on Iran, and thus calling Trump is no good, because his negotiations with North Korea did not bear any fruit either.

Pointing to the two-month deadline Iran has given Europe to fulfil its commitments, he expressed hope that the Europeans will do this in two months, so that Tehran does not have to go further.

We expect that Europe will act in such a way as to preserve the nuclear accord, and that Iran’s economy can function normally, highlighted Kharrazi.

He also pointed to the recent vessel incidents in Oman waters, and described them as ‘suspicious’. “It must be investigated to clarify the facts. In the current dangerous conditions, such events may be triggered by a third party to create tension and instability,” he noted.

A: The fact is that there is a very dangerous situation and it is important that we all be careful to avoid any conflict. Out of hostility, the US blacklisted the Islamic Revolution Guards Corps as a terrorist group, and we also enlisted CENTCOM as a terrorist organisation. If they want to do something against us, there is a risk of conflict. Accordingly, the conditions are very sensitive and should be carefully acted upon.

Q: Given that tensions between the two countries have existed since many years ago, are you saying that we are currently witnessing one of the most difficult and dangerous times during the last 40 years of Iran-US relations?

A: Of course. It is clear that the United States has consistently put pressure on Iran. Let’s not forget that they even hit an Iranian airliner and attacked Iran after students stormed their embassy in the early days of the revolution, but their aircraft and helicopters were destroyed in the desert of Tabas. America’s hostility towards Iran is not new, but under the current circumstances, they are imposing severe economic pressures on Iran. As they themselves have said, they are seeking political regime change in Iran. However, they have not achieved this goal, because the Iranian people have very high political maturity and resist US pressures.

Q: Are you afraid of a direct US military intervention? Is there a serious discussion in Tehran at the power centre about this issue?

A: We are definitely ready, and if the US wants to intervene, Iran is fully prepared to respond to their military action. Americans are aware of this very well, and that’s why they say they do not want to engage in a conflict with Iran.

Q: Is Iran prepared to block the Strait of Hormuz, as some officials said, and is this a serious and practical step for you?

Q: In recent days, an incident has occurred for several vessels in a port near the UAE, and the Saudis have said this has been a sabotage act. Are they pointing fingers at Iran? Is Iran behind the incident?

A: The incident is suspicious and must be investigated to clarify the facts. In the current dangerous situation, such events may be triggered by a third party to create tension and instability. For this reason, it is expected from everyone to be careful and investigate in order to clarify the truth and not to be trapped.

Q: So you reject Iran’s role in this event?

A: Definitely. Iran has obviously never been involved in such incidents and has nothing to do with what happened; therefore, it should be investigated in order to identify the parties involved in the incident.

Q: You talked about a third party. Who do you think is the third party who has an interest in this story? The US, or its regional allies like the UAE or Saudi Arabia? You must have a clear idea in this regard.

A: I still do not have any information about it, so I cannot talk about it. That’s why I emphasise probe must be started to identify the parties involved in the incident.

Q: Recently, the Trump administration has put a lot of economic pressure on the Islamic Republic and imposed new sanctions. And at the same time, US President Donald Trump, just a few days ago asked the Iranian leader to call him. Any glimpse of hope that a phone call would be made?

A: Of course this will not happen and he will not be called. Do not forget that President Trump is interested in meeting everyone at any cost to take a photo to advertise for himself. We cannot trust the United States. Do not forget that they withdrew from the nuclear deal. They violated international law because the nuclear deal had been approved by the United Nations Security Council resolution, and the Americans had also voted for.

Q: But why should he be rejected when he has extended a hand? He has already done this with North Korea. As Iran is in difficult conditions facing economic and military pressures, it may be a good option to respond positively and say let’s talk.

A: His goal is to put more pressure on Iran. Calling him is of no use because it did not produce any results with North Korea either.

Q: Do you think Donald Trump or his administration are basically trying to fight Iran? Do you really believe it?

A: They want to create a situation in which the political system of Iran would change, but they will not succeed. They also claimed that the Iranian “regime” would collapse on the 40th anniversary of the victory of the Islamic Revolution, but we saw it did not come true. They see that the Iranian people, despite all the economic pressures, have defended their country and maintained the independence of the country.

Q: Iran has recently announced it will make decisions in response to US pressures. You specifically stated that henceforth Iran will not consider any restriction in production of heavy water and enriched uranium. You gave two months’ time to Europeans to provide conditions for helping the Iranian banking and oil sectors get out of isolation. This is a general deadline that Europeans have already rejected. Do you think Tehran might end up withdrawing from the nuclear deal?

A: First of all, Iran’s right to do so is in accordance with the text of the nuclear deal. If the other party does not fulfil its obligations, Iran can reduce some of its obligations, this right has been recognised for the Islamic Republic in the nuclear accord. These are the two steps that can be the starting point for the withdrawal. Two months have been given to European countries. Unfortunately, despite their political stance in support of implementing the nuclear deal, these countries did not make any strenuous efforts to resolve banking and trade issues. During these two months, Europe must take an action. Europe has not yet run the INSTEX mechanism. I hope the Europeans will do something in these two months so that Iran does not have to go further. Of course, this does not mean we want to withdraw from the nuclear deal; on the contrary, it is an absolute right in the nuclear deal. We expect that Europe will act in such a way as to maintain the nuclear accord, and Iran’s economy can function like normal.

Q: If Iran’s demands are not met at the end of these 60 days, will Iran withdraw from the nuclear deal?

A: No, Iran will take further measures to reduce its other commitments. This does not mean leaving the nuclear deal.

Q: You are disappointed with Europeans. The French Foreign Minister has criticised Tehran for “bad reaction” and invited you to show your political maturity and prove it. Do you think the Europeans, who say want to support the agreement and preserve it, have finally come to this conclusion that this deal will survive, of course without articulating it directly?

A: Yes, in fact, we are disappointed with the behaviour of the Europeans. We expected that European countries would honestly meet commitments made in the form of nuclear accord and try to do so. But several years after the nuclear deal, we see that banking relationships have not been established. Trade ties between Iran and Europe have not been launched, and as a result, this has created a lot of frustration in Iran. What we want and expect is that Europe compensate for this delay with new measures.

Q: Isn’t it late for this? Do you think there is still time for Europe?

A: No, undoubtedly there is still time for Europe to do something tangible. The first step is to make INSTEX operational. In fact, it is a mechanism that allows some degree of trade between Iran and Europe.

Q: We heard the news that an Iranian female employee at the British Council was sentenced to 10 years in prison for espionage. There are many tense cases between Tehran and Europe. Is this a message for Europeans?

A: Not at all. Naturally, if the citizens of any country commit a crime, including espionage, that country has the right to prosecute them. Currently, this case is being investigated at the court. I emphasise that these are the ordinary rights of every country. In France as well, if you see someone is working for a foreign power, you will certainly arrest him/her. This is the right of every country, and we expect that others do not interfere in the internal affairs of Iran.