Iran Won’t Be First Side to Pull Out of Nuclear Deal: Ex-FM 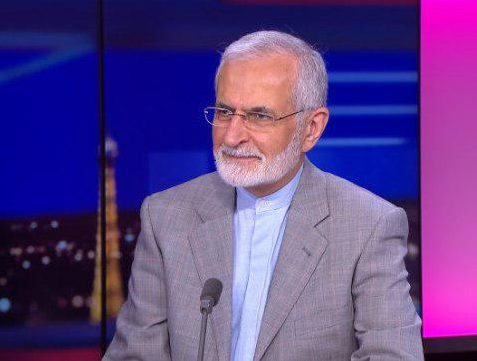 A former Iranian foreign minister and a top international advisor to Iran’s Leader says the Islamic Republic will withdraw from the nuclear deal only if the US pulls out of it first.

Kamal Kharrazi, the head of Iran’s Strategic Council on Foreign Relations and a foreign policy advisor to Ayatollah Seyyed Ali Khamenei, said the new US sanctions on Iran are “violations” of the 2015 nuclear agreement in both the letter and the “spirit” of the deal.

However, he emphasized, Tehran has remained committed to the accord and would only walk away if the US administration withdraws first.

Speaking in a Friday interview with France 24, Kharrazi also referred to Tehran-Riyadh relations, and stressed that Iran is open to “dialogue” with Saudi Arabia despite escalating tensions.

“We know they (Riyadh) have made many mistakes in Yemen, Bahrain, Iraq and Syria, but we are still for dialogue,” Kharrazi said.

“One of the reasons that we rushed to the help of the Syrian government, and the Iraqi government, was concern about our own security, because they are very close to our borders.”

Regarding French President Emmanuel Macron’s recent reversal on Syria, in which he said the removal of President Bashar al-Assad was no longer a requirement, Kharrazi said Iran welcomed the shift. “We appreciate the position of President Macron,” he said, adding, “It’s more realistic.”

In response to a question about the recent arrest of a US spy in Tehran, Kharrazi said evidence in espionage cases would be made public if the suspect is found guilty.