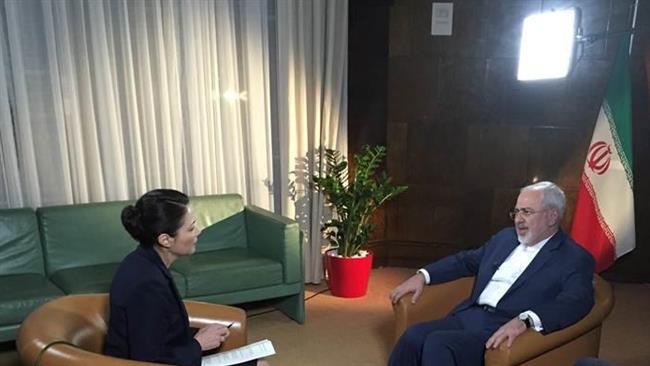 We are willing to accept extra transparency measures in order to ease the concerns that we believe are misplaced, said Zarif in an interview with NBC News.

“I don’t know why people do not want to have an agreement. Because if we don’t have an agreement, then we don’t accept anything. Then we go back to the posturing of more pressure on Iran and more centrifuges. We’re not going to develop nuclear weapons. But if they put more pressure on us, they won’t get more transparency,” Zarif said in a Wednesday interview with NBC News.

The top Iranian diplomat, however, said that Iran is “willing to accept limitations” on its nuclear activities “in order to reach an international agreement. We are willing to accept extra transparency measures in order to ease the concerns that we believe are misplaced. We believe these are the concerns that have been fanned by the hysteria that has been fanned by people like [Israeli Prime Minister Benjamin] Netanyahu and company.”

Referring to the Monday remarks made by US President Barack Obama that Iran should freeze sensitive nuclear activity for at least ten years if it wants a deal, Zarif said, “I’m not negotiating publicly. We are discussing various measures, both transparency measures, as well as limitations – voluntary limitations on our nuclear program… with 5+1, basically… primarily the United States, but other members of 5+1.”

“We believe these are not necessary. But we are prepared to take… to go the extra mile in order to convince the international community that our nuclear program is exclusively peaceful,” he said.

“And we are engaged in very serious, high technical, discussions in which many nuclear physicists are involved, including the heads of… our atomic energy organization, and the US Secretary of Energy, both of them nuclear physicists, who are trying to make sure that Iran’s nuclear program will always remain peaceful. And we have no problem with that, because we want our nuclear program to be… we know that it’s peaceful.”

His remarks came as the representatives of Iran and P5+1 wrapped up deputy-level negotiations over the Islamic Republic’s nuclear program in the city of Montreux, Switzerland, on Thursday.

Iran and P5+1– Russia, China, Britain, France, and the United States plus Germany – are seeking to seal a comprehensive nuclear deal by July 1. The two sides have already missed two self-designated deadlines for inking a final agreement since they signed an interim one in the Swiss city of Geneva in November 2013.

The Iranian foreign minister reiterated that the sanctions imposed on Iran by the US and its allies are illegal.

He said that Israelis are “interesting bedfellows with Jabhat al-Nusra in the Golan. And if you look at Syria’s intelligence, you will see that. That is the problem that needs to be addressed.”

Israel is known to have been providing medical, intelligence and military support for the militants fighting to topple the Syrian government.

Late last year, a UN report confirmed contact between militants in Syria and the Israeli army across the Golan cease-fire line, especially during heavy clashes between the terrorists and the Syrian troops.