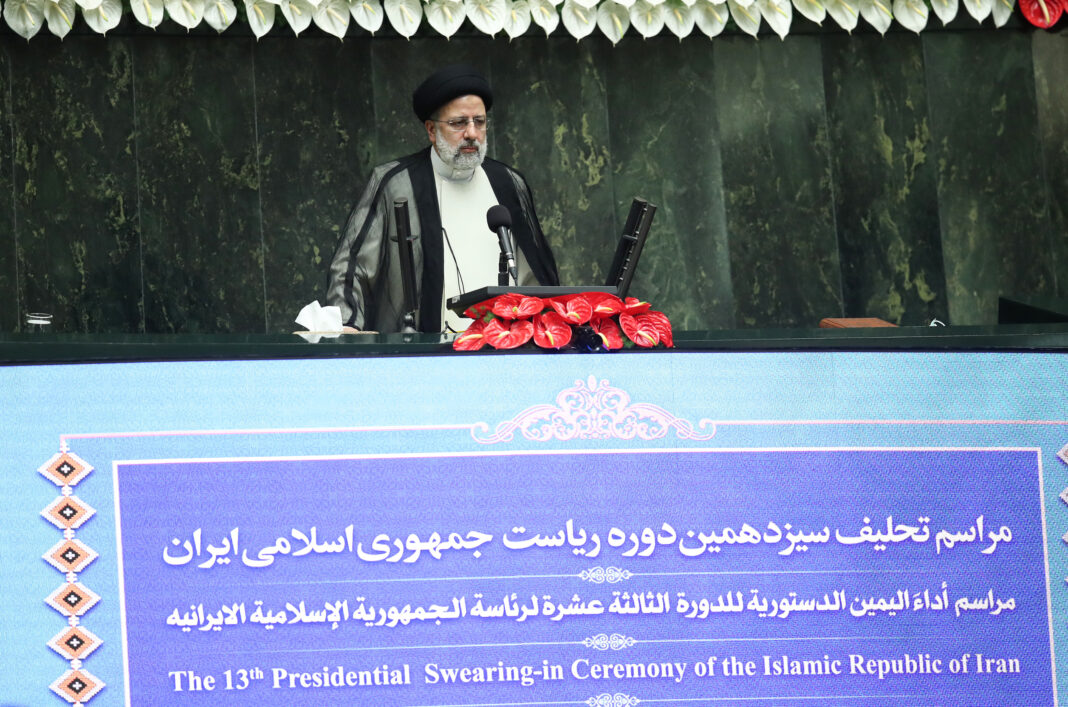 Iran's new President Ebrahim Raisi says his administration will do its best to have anti-Iran sanctions lifted, and welcomes any diplomatic plan to that end.

The Iranian president said sanctions will not cause the Iranian nation to give up on its nuclear rights.

“The sanctions against the Iranian nation must be lifted, and we welcome any diplomatic initiative that would result in the removal of sanctions,” he added.

Raisi further noted that he extends the hand of friendship and brotherhood to all regional countries, especially Iran’s neighbours, and warmly shakes their hands.

He said Iran’s nuclear program is totally peaceful, and the Iranian government considers nuclear weapons ‘haram’ based on a fatwa by Ayatollah Seyyed Ali Khamenei.

He stressed that such weapons have no place in Iran’s military doctrine.

Raisi said the voters’ message in the 2021 elections was independence and resistance against demands by bullying powers.

“At the same time we must have constructive and extensive cooperation with the whole world,” he added.