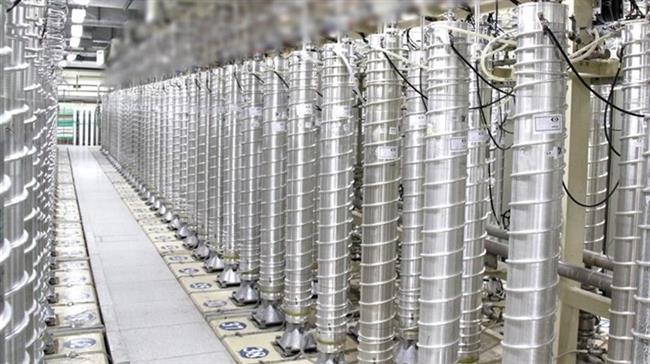 Foreign Minister Mohammad Javad Zarif has said that if Britain, France, and Germany continue their unjustifiable conduct and move to send Iran’s nuclear case to the United Nations Security Council, Tehran would have the option of leaving the Nuclear Non-Proliferation Treaty (NPT).

Last week, the three European signatories to the 2015 nuclear deal with Iran, formally triggered the dispute mechanism within the agreement, accusing Iran of having violated the accord. Iran would now be asked to resolve the so-called dispute with the European trio, and the process could ultimately lead to the re-imposition of the Security Council’s sanctions that were lifted by the accord.

The European accusations concern a set of countermeasures that Iran has been applying in reaction to the United States’ withdrawal from the deal, officially known as the Joint Comprehensive Plan of Action (JCPOA), in 2018.

The measures also came in response to Washington’s re-imposition of draconian sanctions, and the EU3’s refusal to guarantee Iran’s business interests under the nuclear deal.

As part of the retaliatory steps, Iran stopped recognizing the limits set by the deal on the level of its enrichment activities and the volume of its heavy water reservoir.

On January 5, the country said it would no longer observe any operational limitations on its nuclear industry, whether concerning the capacity and level of uranium enrichment, the volume of stockpiled uranium or research and development.

The abrupt decision came two days after a set of US drone strikes assassinated senior Iranian commander and the most revered anti-terror military figure in the Middle East, Lieutenant General Qassem Soleimani in Baghdad.

Tehran has unequivocally specified that its retaliatory steps fit within the nuclear accord’s Paragraph 36, and are reversible if the other parties begin minding their contractual obligations.

Zarif explained that Iran was the party to initially trigger the dispute mechanism in 2018 by sending three letters to the European Union to notify them of Tehran’s dissatisfaction with Europe’s non-commitment to the agreement. The Islamic Republic, he added, was then forced to resort to the nuclear countermeasures as the Europeans remained in violation of the accord.

He, however, said Tehran’s measures were reversible provided Europe would begin minding its JCPOA obligations.

“But if Europeans keep up their actions based on political games, we have various options because their actions lack legal standing,” he said.

Zarif noted however that before taking the final step of withdrawing from the NPT, Iran has other steps to ponder.

Also speaking on Monday, Foreign Ministry Spokesman Abbas Mousavi cautioned that Iran could take a “final and more effective” step concerning the nuclear deal if the other partners remained in default of their contractual obligations.

The countermeasures that have been taken by the Islamic Republic so far have been meant “to strike a balance” between the quality of Iran’s commitment to the JCPOA and the way others honor the accord, the spokesman noted.

He regretted that Europe’s “lack of determination and independence [from the US]” have so far frustrated the initiatives, which have been offered to save the deal.

“If there is one party, who needs to be decisive, it is them, who should take a decision to either be independent or listen to a bully like the US,” the spokesperson noted.

Mousavi also addressed remarks by British Prime Minister Boris Johnson, who had said he would be willing to work on a “Trump deal” to replace the JCPOA.

“Johnson’s remarks, which thrilled US President Donald Trump, are beneath our notice,” the spokesman noted.

Mousavi said, though, that despite the “betrayal” perpetrated by the European states, “the door to negotiation with them has not been closed yet,” adding, “The ball is in their court.”