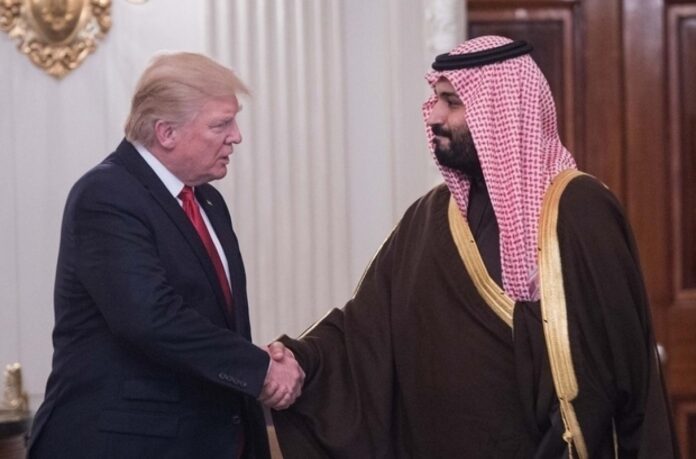 The Iranian foreign minister has called for unity in the Muslim world to counter plots by the US and the Israeli regime, saying they seek to “steal” the lands of Arab countries even though they apparently offer handshakes to Arab leaders.

“Trump’s lawless announcement on “Occupied Syrian Golan” after last year’s on “Occupied Al-Quds” is a sobering reminder for our Arab and Muslim brethren,” Mohammad Javad Zarif said in a Thursday tweet.

“US & Israel will offer you handshakes, but no matter how much you kowtow, they will still steal your lands. #LetUsUnite,” he added.

The Iranian foreign minister made the remarks in reaction to a Monday decree signed by US President Donald Trump to recognize the Israeli regime’s “sovereignty” over the Syrian territories of Golan.

The US president’s move broke with decades of international consensus over the border area which the Tel Aviv regime seized from Syria in 1967.

The decision was met with negative reactions from the Arab allies of the US, among others. Saudi Arabia, the United Arab Emirates, Bahrain, Qatar and Kuwait all criticized Trump’s move.

“It will have significant negative effects on the peace process in the Middle East and the security and stability of the region,” said a statement on Saudi state news agency SPA.

It described the declaration as a clear violation of the UN Charter and of international law.

Qatar, which has been at loggerheads with other Persian Gulf states over its policies, joined them in rejecting Trump’s move and called on Israel to end its occupation of the Golan Heights and comply with international resolutions.

The Golan Heights are “occupied territory” belonging to Syria under international law and the resolutions of the United Nations and the UN Security Council, he stressed.

Earlier on Tuesday, Iranian President Hassan Rouhani compared the US move with the behavior of “colonial powers” in the past and called for “closer cooperation” among countries in the Middle East to counter the US and Israel.

“Worrisome remarks about the violation of the Palestinian and Syrian nations’ rights, particularly about the Golan Heights, are very dangerous for regional security,” he added.