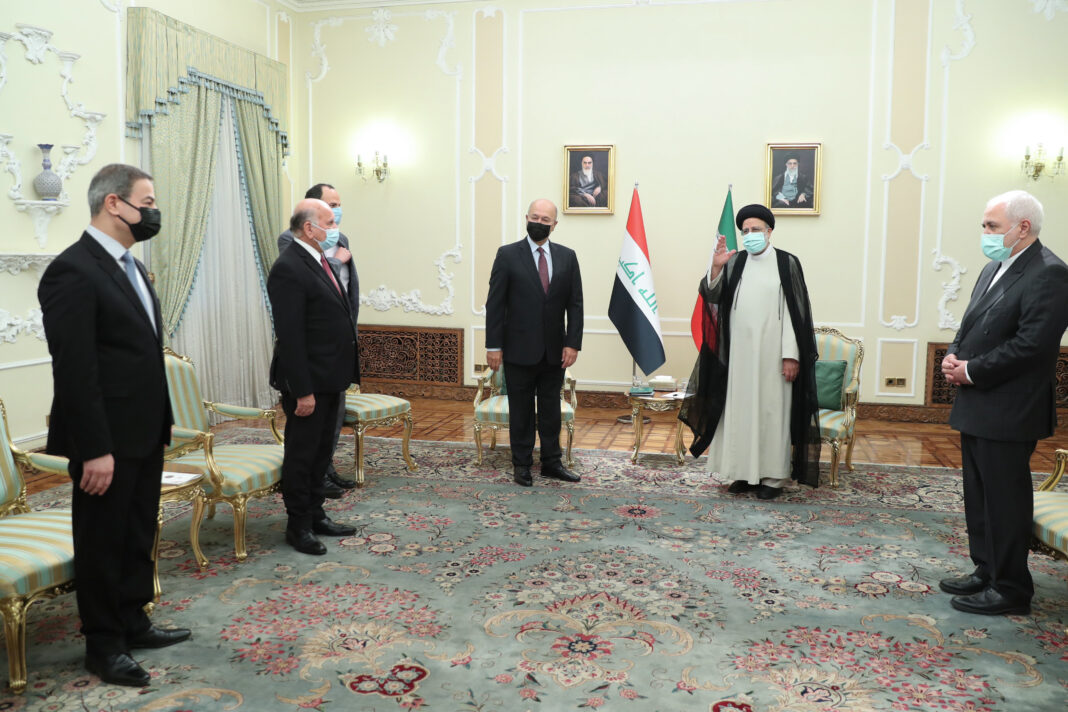 President Ebrahim Raisi of Iran says the country would like to see a strong and mighty Iraq.

In a meeting with his opposite number from Iraq Barham Saleh, the Iranian president said his administration is set to further boost Tehran-Baghdad ties day by day.

Raisi also expressed hope the upcoming election in Iraq will set the stage for the fulfilment of people’s demands in line with their dignity and might.

He said any step taken to make Iraq stronger and rid the country of foreigners will amount to Iraq’s progress.

“Iran has even given the lives of its best citizens such as martyr General Qassem Soleimani to safeguard Iraq’s territorial integrity, security and stability,” Raisi said.

He also called for facilitating travel to holy sites in Iraq for pilgrims.

Saleh, in turn, said even the long and destructive war launched by former Iraqi dictator Saddam Hussein failed to harm the cordial relationship between the Iranian and Iraqi nations.

He said despite the considerable progress in Tehran-Baghdad ties following the downfall of Saddam Hussein, there still exists enormous untapped potential when it comes to the enhancement of relations.

The Iraqi president underlined the need to redefine security arrangements in the region, adding it will not be possible to channel regional developments into establishing all-encompassing security and stability without the contribution of Iran and a strong Iraq.

He explained that an Iraq with a strong sovereignty can play a very constructive role in regional security arrangements.

Saleh said it has gone down in history that Iran has stood by Iraq in tough days, something which will be a beacon of closer relations in the future.