Iran, Uzbekistan Discuss Promotion of Ties in All Fields 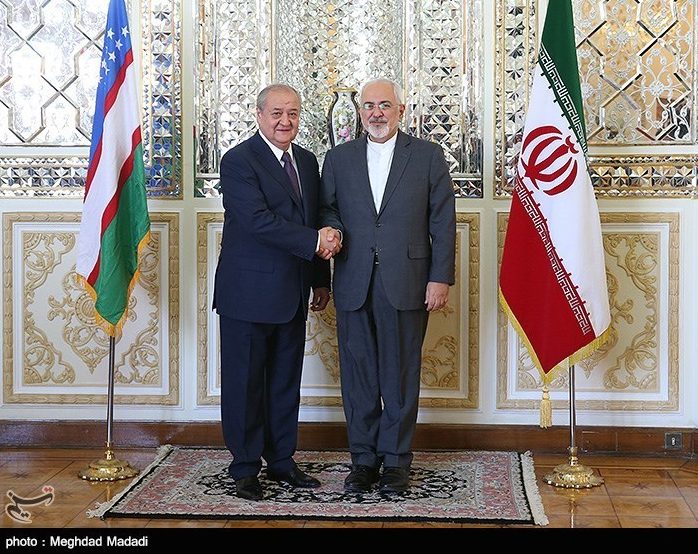 Iran's Foreign Minister Mohammad Javad Zarif and his Uzbek counterpart Abdulaziz Kamilov have discussed issues of mutual interest in a meeting in Tehran.

During the Tuesday talks, Zarif highlighted the longstanding relations between the two countries, and called for promotion of Tehran-Tashkent ties in all fields.

The Uzbek foreign minister, for his part, said he is happy to be visiting the Islamic Republic of Iran.

He also noted that the ministers of oil, gas and trade as well as the Uzbek president’s special envoy for Afghanistan are accompanying him in the trip considering the significance of relations between the two countries.

Elsewhere in the meeting, Zarif and Kamilov discussed development of mutual cooperation in the fields of oil and gas, tourism, consular facilities, technical and engineering services, agriculture, car production, and fight against terrorism and extremism.

They also conferred on holding the meeting of Iran-Uzbekistan joint economic commission, studying the establishment of direct flights, and cooperating on trilateral and quadripartite transit.

Regional developments including those in Afghanistan, Iraq, and Syria were among other issues discussed by the two sides.

Following the meeting, Zarif and Kamilov also signed a document of cooperation between Iranian and Uzbek foreign ministries.