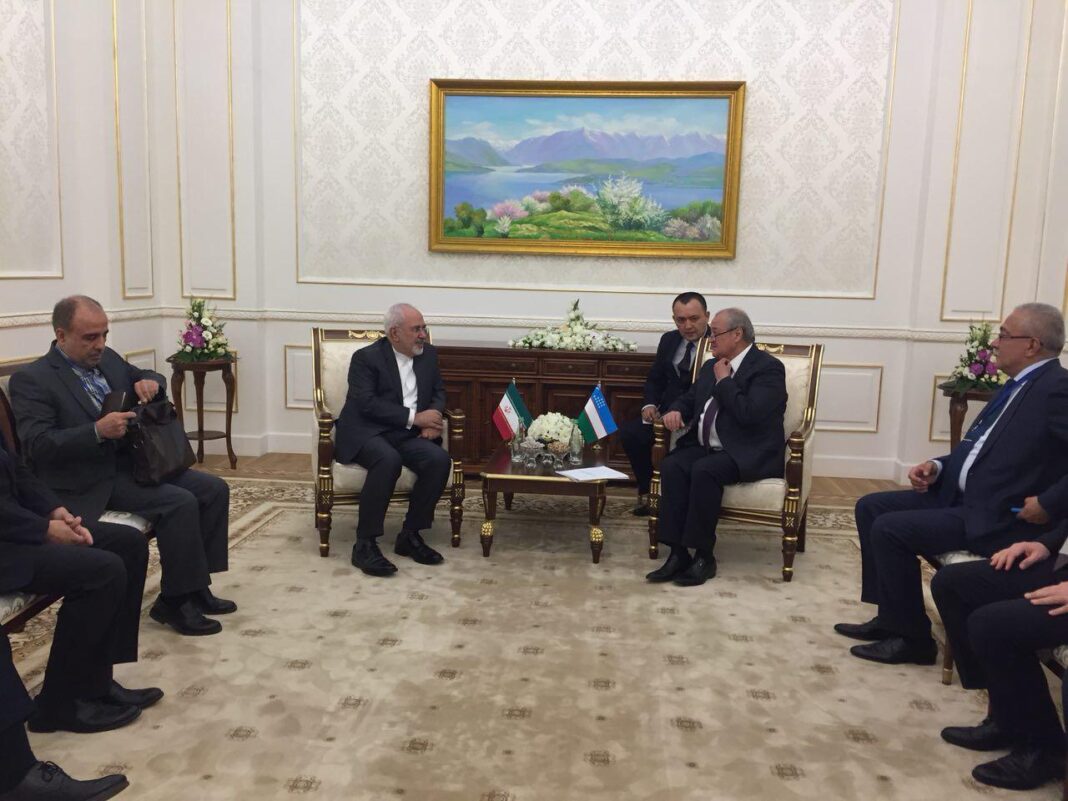 In the Friday meeting held in Samarkand, the two sides discussed the development of bilateral and regional cooperation.

Zarif and Kamilov also exchanged views on the new chapter in the two countries’ relations, especially after the Astana Talks.

Easing of customs restrictions next to banking, commercial and transit cooperation as well as collaboration in the fields of science and technology, beside the tripartite cooperation in the sphere of rail transport were among the other issues discussed.

The two sides further reached a general agreement on a roadmap for bilateral cooperation in various fields, in particular economic ties.

The need for joint cooperation in combating the threat of extremist groups was one of the other topics discussed during this meeting.