Iran, US to resume new nuclear talks in Geneva 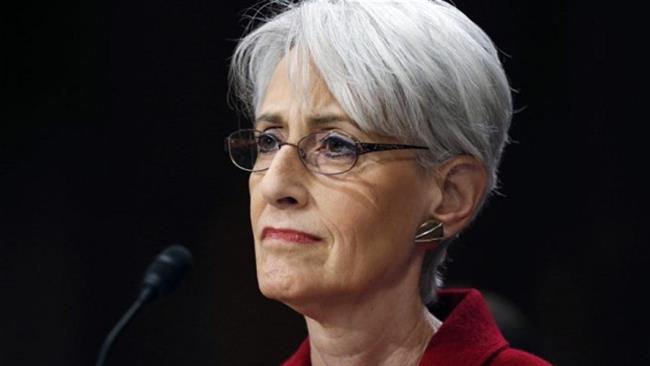 The US State Department has said that Under Secretary of State Wendy Sherman and her team will travel to Geneva Thursday to hold negotiations with Iranian officials.

Iranian and US negotiators will resume a new round of talks on Tehran’s nuclear program in the coming days.

Under Secretary of State for Political Affairs Wendy Sherman and her team will travel to Geneva, Switzerland, on Thursday to hold negotiations with Iranian officials, the State Department said on Wednesday.

“These bilateral consultations will take place in the context of the P5+1 nuclear negotiations with Iran,” it added.

The new round of talks will come as Iranian Foreign Minister Mohammad Javad Zarif and US Secretary of State John Kerry have held meetings multiple times mostly in European capitals.

The last face-to-face meeting between Zarif and Kerry was held in the German city of Munich earlier this month, when they met twice on separate days on the sidelines of an international security conference.

Iran’s President Hassan Rouhani said on February 10 that the country favors a “win-win” nuclear deal with P5+1, expressing hope that Tehran’s negotiating sides would show the necessary political resolve for the settlement of the nuclear case.

“Given the nuclear dossier, we have also managed to direct the negotiations to be constructive, and put the case on the track of… clinching an agreement between the two sides,” he added.

Iran and P5+1– Russia, China, France, Britain, the United States and Germany – are seeking to seal a high-profile political deal by the end of March and to confirm the full technical details of the accord by July 1.