Iran-US Talks Possible Had They Kept Their Promises: Rouhani 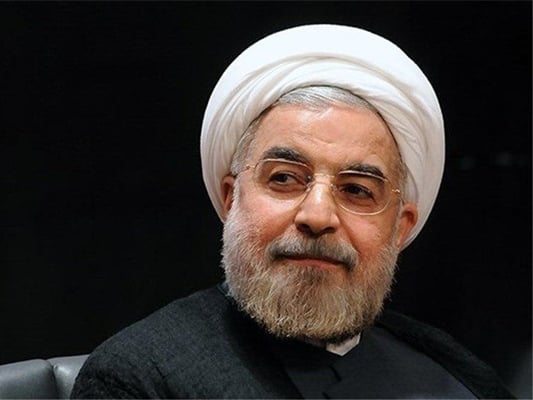 Iran’s President Hassan Rouhani says the Islamic Republic would have no problem with holding talks with the US had the Americans lived up to their commitments.

“When I was in New York, the leaders of the four great countries came to me asking for holding a meeting with the President of the United States,” Rouhani said in a televised speech on Monday.

“Such an issue does not need any intermediaries. We have no problem with holding talks, provided that the other party does not break its promises,” underscored the Iranian president.

Addressing the White House officials, Rouhani stated that “you fulfill your obligations, then we will talk. We have no problem in holding negotiations. If the other party holds its promises, there is no problem with negotiating.”

He further noted that Tehran will “proudly” bypass the sanctions imposed by the United States that took effect on Monday targeting the country’s oil and financial sectors.

“I hereby announce that we will proudly bypass your illegal, unjust sanctions because it’s against international regulations,” said Rouhani in a televised speech.

He further added that “we are in a situation of economic war, confronting a bullying power. I don’t think that in the history of the United States, someone has entered the White House who is so much against the law and international conventions.”

He went on to say that fortunately, today the United States is more isolated than ever.

“You see how many countries are supporting Washington’s move (in reinstating sanctions) and how many are opposed to such a decision. We have achieved great success in the political arena, in shaping public opinion, and also in legal areas; it is not an easy job to see the United States insisting on its stance while the whole European Union resisting against it.”

Rouhani called it a victory of diplomacy and foreign policy for Iran.

Elsewhere in his remarks, he pointed out that some assume the success at nuclear negotiations was great, but the US undermined it. “That’s not the case, this is a misinterpretation.”

“We at least have this political achievement today. During the nuclear negotiations an overwhelming majority of countries of the world, with the exception of two or three countries, threw their weight behind the deal.”

President Rouhani further noted that today, almost all countries in the world are against the United States. He said they are supporting Iran, and this is the success of Tehran’s diplomacy.

“You saw at the United Nations General Assembly how public opinion received the Iranian officials’ speech, and how they received the White House officials’ statements. At the Security Council they did their best to put the final nail in the nuclear deal’s coffin, but everyone saw how the Security Council session turned into a gathering to support the nuclear accord.”

The Iranian president also called for unity among the Iranian people and vowed that the nation will never be weakened in the face of US sanctions.