Iran, US envoys wrap up nuclear talks in Montreux 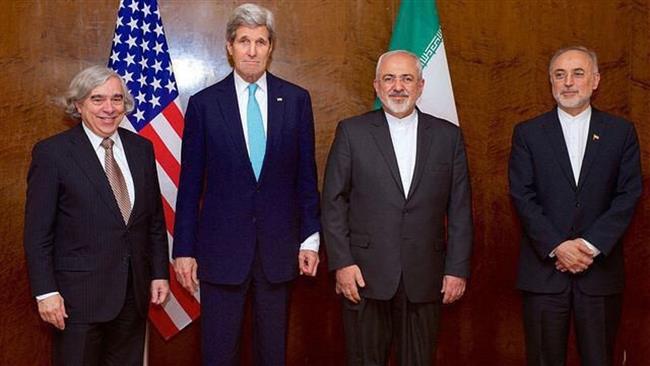 Representatives from Iran and the United States have wrapped up the first round of fresh talks over Tehran’s nuclear program in the Swiss city of Montreux.

The negotiations were held on Monday in an attempt to narrow differences on the outstanding issues over the Islamic Republic’s nuclear program.

The talks are scheduled to continue on Tuesday in the Swiss city from 9:00 am local time (800 GMT).

Before the talks on Monday, Kerry had announced that he would leave Montreux after visiting Zarif. The reports, however, said that he plans to stay in the Swiss city for negotiations. According to reports, the two sides seem to be determined to reach a political agreement ahead of a key July 1 deadline for reaching a comprehensive deal.

The new round of talks in Montreux came as representatives from Iran and the United States held three rounds of intensive talks in the Swiss city of Geneva on February 22-23 to bridge their differences ahead of the July 1 deadline.

Iran and P5+1– Britain, France, China, Russia, and the United States plus Germany – are making attempts to narrow their differences on the outstanding issues related to Iran’s nuclear program. The two sides have missed two deadlines since an interim deal was signed in November 2013. They have set July 1 as the next deadline for clinching a final deal.