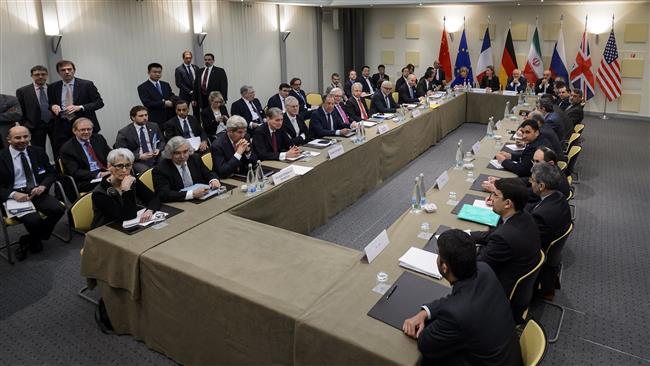 Deputy foreign ministers of Iran and the US under-secretary of state have held a meeting in Lausanne after the end of a plenary meeting among top representatives of the Islamic Republic and P5+1 on Tehran’s nuclear program.

Abbas Araghchi and Majid Takht-e Ravanchi, the two Iranian deputy foreign ministers, sat with US Under-Secretary of State for Political Affairs Wendy Sherman in the Swiss city on Monday as a Tuesday’ deadline looms.

Following the plenary session of the foreign ministers of Iran and P5+1, the Russian Foreign Ministry published a statement saying Foreign Minister Sergei Lavrov has called on all participants in the nuclear negotiations to be ready for compromise.

“During the plenary session, Lavrov confirmed Russia’s adherence to prompt achievement of a comprehensive agreement. The minister reiterated the importance for all parties to be ready for compromise in the interests of finding mutually acceptable solutions,” the statement said.

According to the statement, the plenary session “focused on the search for a political and technical compromise” on issues preventing the achievement of a mutual understanding.

“All participants stated considerable progress reached in the negotiation process and confirmed the general wish to achieve a comprehensive solution to the situation regarding the Iranian nuclear program within the next few days,” the Russian Foreign Ministry added.

The United States and Europe reportedly want the UN Security Council (UNSC) sanctions on Iran to be automatically reversible, meaning that if Iran violates the deal at any point, the UNSC sanctions will automatically be re-imposed on Tehran.

Russia opposes such a scenario, saying in such a case the UNSC should decide what to do. Moscow says automatic imposition of sanctions goes against the mechanism of the Security Council.

The final stage of the ongoing talks between Iran and P5+1 – the United States, Britain, France, Russia and China plus Germany – in Lausanne is expected to continue until Tuesday, which was set as a deadline for reaching mutual understanding in the negotiations.