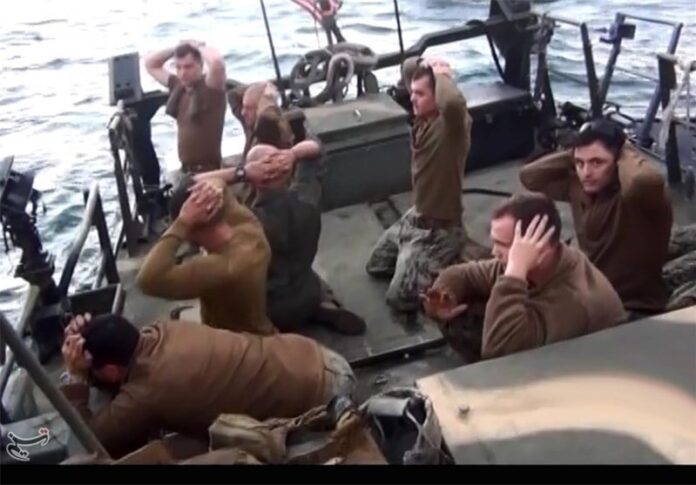 The spokesman for IRGC has rejected a claim by US President Donald Trump that his though stance against Iran has ended confrontations between Iranian and US forces in the Persian Gulf, saying the real reason is that the US vessels have found who is in charge in Iran’s southern waters.

Brigadier General Ramezan Sharif told Iran’s Arabic-language Al-Kawthar TV on Monday that the IRGC vessels have been patrolling the Persian Gulf waters for many years and they continue to watch the behaviour of foreign ships and frequently caution them not to enter Iranian waters.

“We have had many of these encounters with US vessels, the last of which led to the arrest of US troopers, who were eventually released after the US apologized,” the spokesman said, referring to the arrest of ten US Navy sailors by Iranian guards in January 2016.

From that time on, the US forces have showed more respect for rules of the game and have been careful not to take provocative measures, Sharif said.

“The decrease in confrontations lies in the fact that they are now aware who is in charge. There have been no specific changes in the patrolling operations of IRGC’s naval forces,” he said.

On July 8, Trump tweeted that what he described as Iranian “harassment” of US ships has decreased since he took power in January 2017 and has eventually stopped in the second year of his administration.

The first two years were during the tenure of Trump’s predecessor Barack Obama.

Trump has been highly antagonistic towards Iran since coming to power, pulling the US out of the 2015 nuclear deal and pledging to impose the “highest level” of sanctions on Iran that could “destroy” its economy.

Iran recently vowed to block the strategic Strait of Hormuz, the passage between the Persian Gulf and the Gulf of Oman, if the US carries out its threat to cut down to zero Iran’s export of oil.