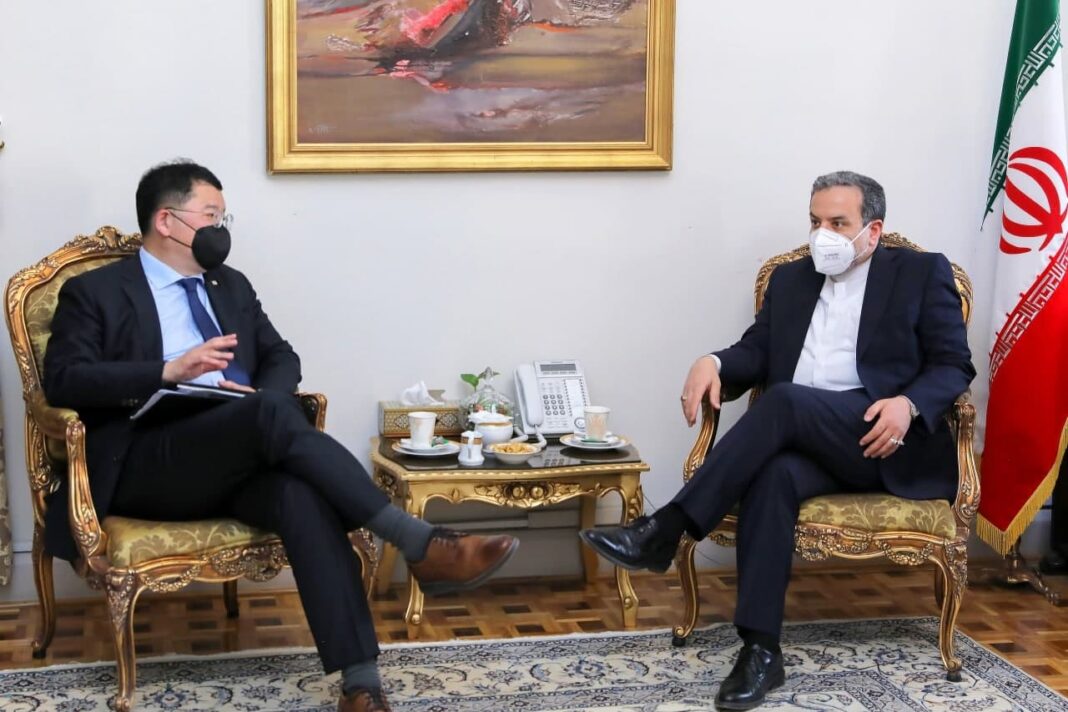 In the Monday meeting, Araqchi said the South Korean premier’s visit to Tehran was unprecedented in the history of Tehran-Seoul relations after the 1979 Islamic Revolution of Iran.

With the exchange of delegations at such a high level, Araqchi said, the people of both countries expect a major overhaul in bilateral relations.

“So, South Korea should take a practical step as soon as possible to resolve problems affecting relations between the two countries,” he added.

“The South Korean banks’ illegal freezing of Iranian financial resources has led to Iranian people losing trust in South Korea and resulted in the country losing its status before Iranians, which will not be easy [for South Korea] to make up for,” Araqchi noted.

The top South Korean official, in turn, said he was pleased to have travelled to Iran twice in the past three months as the South Korean deputy foreign minister.

He underlined that the settlement of problems and enhancement of relations are among the top priorities in mutual ties.

He acknowledged that South Korean companies had sustained extensive damage as a result of US sanctions against Iran.

He expressed hope that new conditions will be provided to make it possible to solve the existing problems.

In the meeting, Araqchi also touched upon the recent terrorist act against Iran’s Natanz nuclear facility.

“Such moves against nuclear installations which directly target people’s health and security are a glaring example of crime against humanity which should be condemned by all countries,” the Iranian official said.