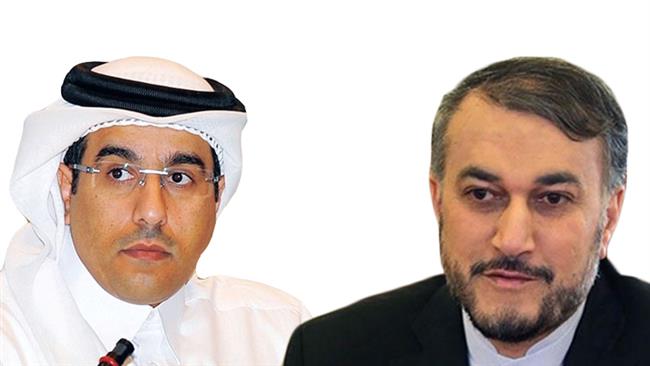 The deputy foreign minister said Iran’s policy is based on expansion of relations with the Persian Gulf littoral states and called on Tehran and Doha to continue talks with aimed at improving ties.

A senior Iranian official says foreign powers seek to hatch plots to cause harm to Middle East countries, stressing that regional states must adopt “smart” approaches to thwart such schemes.

Deputy Foreign Minister for Arab and African Affairs Hossein Amir Abdollahian made the remarks in a meeting with the Chairman of Qatar National Human Rights Committee (NHRC), Ali bin Samikh Al Marri, in Tehran on Tuesday.

He added that the region is currently in a sensitive situation and emphasized that foreigners intend to cause much harm to Middle East nations, who have been coexisting in peace and security for centuries.

The senior Iranian diplomat noted that Iran’s policy is based on the expansion of relations with the Persian Gulf littoral states and called on Tehran and Doha to continue talks with aimed at improving ties.

“The Islamic Republic of Iran stresses the necessity for strengthening relations with its neighbors based on the principles of good neighborliness and adopting smart approaches in light of sensitive regional conditions,” Amir Abdollahian pointed out.

The Qatari human rights official, for his part, said Iran enjoys an important position in the region as well as great cultural, scientific and economic capabilities.

The NHRC chairman added that his country is determined to bolster relations with Iran.