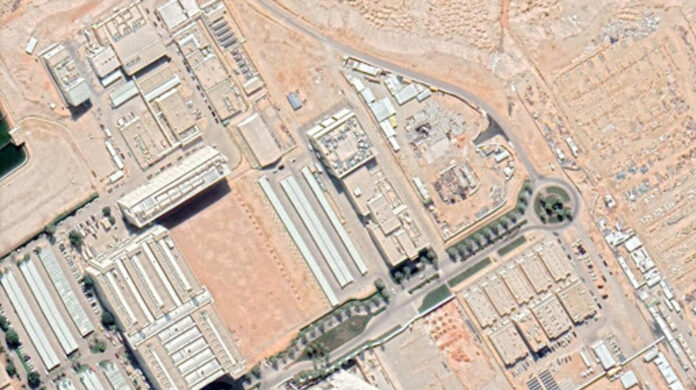 Iran’s permanent representative to Vienna-based international organizations says Saudi officials should stop engaging in blame-shifting if Riyadh is down the path of developing nuclear weapons and seeks to invent an excuse for avoiding cooperation with the International Atomic Energy Agency (IAEA).

In two tweets posted late on Tuesday, Kazem Gharibabadi responded to recent anti-Iranian remarks by Saudi Arabia’s Minister of State for Foreign Affairs Adel al-Jubeir, who told the DPA news agency in a recent interview that the kingdom “reserves the right” to arm itself with nuclear weapons if Iran cannot be stopped from making one.

“If you want to pursue a nuclear weapon program, or you are seeking for an excuse to justify your lack of cooperation with the IAEA or your outdated safeguard system, at least have the courage to admit it and pay the price for it, don’t blame your wrongdoings on others by lies,” he added.

Riyadh’s nuclear ambitions have become a source of heightened concern for the global community in recent years, especially after Saudi Crown Prince Mohammed bin Salman first hinted in 2018 that the kingdom may go for nukes.

During a trip to the US in mid-March 2018, the heir to the Saudi throne said if Iran develops a nuclear bomb, “we will follow suit as soon as possible.”

The kingdom has so far kept its nuclear activities secret, defying calls for it to implement the IAEA’s Comprehensive Safeguards Agreements, a system of inspection and verification of the peaceful uses of nuclear materials.

Reports about Saudi Arabia’s undeclared nuclear activities were confirmed earlier this year by satellite images, which showed a large compound in a suspicious location in the heart of the desert.

Citing Western officials, The Wall Street Journal reported in early August that Saudi Arabia, with Chinese help, has built a facility for extraction of yellowcake from uranium ore near the remote town of al-Ula.

The New York Times also said American intelligence agencies had spotted what appeared to be an undeclared nuclear site not too far from the town of al-Uyaynah, located 30 kilometers northwest of Riyadh, and its Solar Village.

The agencies, the report said, are scrutinizing attempts by the kingdom to build up ability to produce nuclear fuel that could potentially lead to the development of nuclear weapons.

Unlike Saudi Arabia, Iran showed the peaceful nature of its nuclear program to the world by signing the Joint Comprehensive Plan of Action (JCPOA) with six world states — namely the United States, Germany, France, Britain, Russia and China — in 2015. The nuclear deal was also ratified in the form of a UN Security Council Resolution 2231.

The US, however, unilaterally pulled out of the deal and re-imposed unilateral sanctions against Tehran in a move supported by the regimes in Saudi Arabia and Israel.

Tehran remained fully compliant with the JCPOA for an entire year as confirmed by the IAEA, waiting for the co-signatories to fulfill their end of the bargain, but as the European parties failed to do so, it moved in May 2019 to suspend parts of its commitments with the Agency’s supervision under Articles 26 and 36 of the deal covering Tehran’s legal rights.

Iran says its retaliatory measures are reversible as soon as the other sides fulfill their contractual obligations.