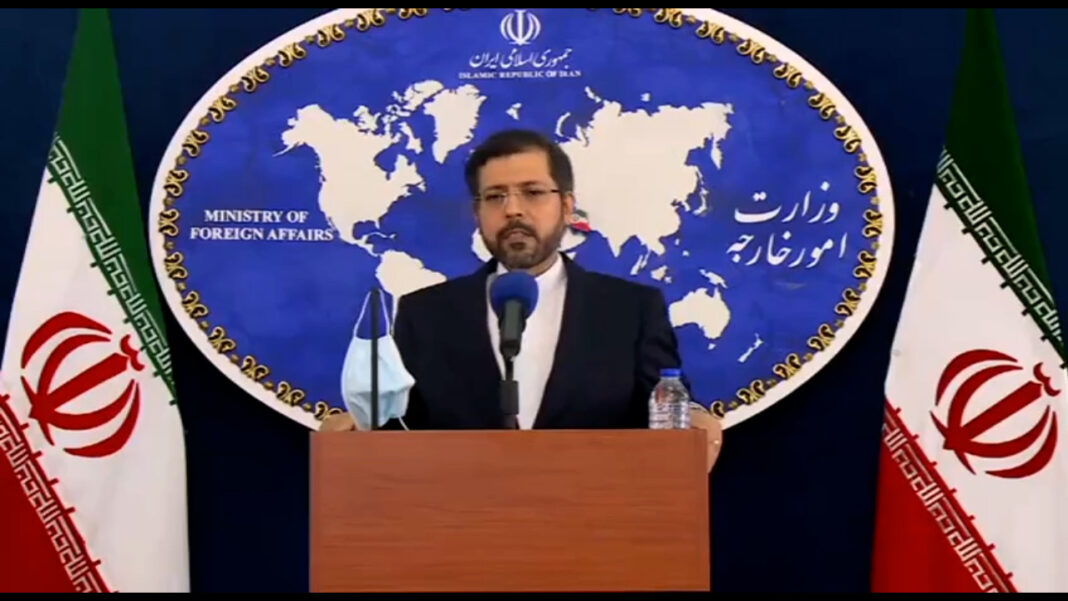 Iran’s Foreign Ministry spokesman says the outcome of the presidential election in the United States has sent a message to those regional countries which banked on Washington ensuring their security.

Speaking in his weekly press briefing via videoconference, Saeed Khatibzadeh said these countries must have realized that they should not compromise their security by relying on the White House.

“What happened in the United States, in fact, has a message for our region. And, as the foreign minister said in his recent tweet, the message is that taking a gamble to buy security from psychotics who only think about blood, weapons and money amounts to putting one’s eggs in an unreliable basket,” he said.

The spokesman urged regional countries not to count on the US for their security.
“Since day one, the Islamic Republic of Iran knew this and told its neighbours about it. Unfortunately, a handful of our neighbouring countries keep thinking about buying security and loyalty. They pay more attention to lobbying in other countries and capitals than rely on their own people,” he said.

“The most important message is that our region is a crisis-hit one suffering from a lot of wounds many of which were caused by billions of dollars’ worth of arms sent in, and by narrow-minded rulers who think they achieve their goals simply by making it through the day,” said the spokesman.

He then urged the regional countries who have turned to the US to change course and engage with countries in the region to achieve security and tranquility.

“Let me mention a point. Iran believes the few neighbouring countries which have isolated themselves and find calm and security only in the occupied territories and in Trump’s Washington had better press the hand that Iran has extended and return and find tranquility in regional security arrangements and relations based on respect,” he said.