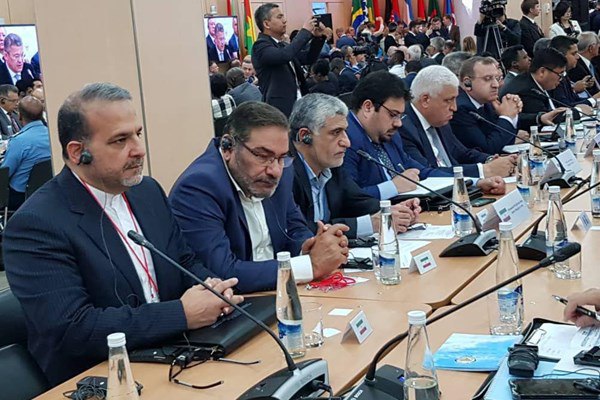 Secretary of Iran’s Supreme National Security Council Ali Shamkhani has called for a collective regional approach to hold talks with the Taliban in coordination with the Kabul government.

In an address to a 6-party meeting of high-ranking security officials in the Russian city of Ufa on Tuesday, Shamkhani stressed the need for a concerted approach among the neighbours of Afghanistan for talks with the Taliban, in coordination with the Afghan government.

The meeting was attended by top security officials from Iran, Russia, China, India, Pakistan and Afghanistan.

Shamkhani also offered Iran’s proposals for the structure, time, agenda, and mechanisms of effectual activities by the neighbours of Afghanistan for the establishment of national reconciliation in that country.

“It is necessary for the neighbours of Afghanistan to increase contacts and connections with the Afghan opposition in coordination with the country’s legitimate government, and also to restrict the possibility of interference from the extra-regional states in that country’s crisis,” he added.

Shamkhani also voiced concern about growing political gaps in Afghanistan, urging constant cooperation among the neighbours of Afghanistan in order to “strengthen the legal structures” on the basis of public votes and collective partnership.

Shamkhani has travelled to Ufa to take part in the 10th International Meeting of High Representatives for Security Issues at the invitation of his Russian counterpart, Nikolai Patrushev.

The forum has been held regularly by the Russian Security Council in one of the cities of Russia each year. The meetings have been previously held in the cities of Yekaterinburg, St. Petersburg, Vladivostok, Kazan, Ulan-Ude, Grozny, the Tver region, and twice in Sochi.

Last year’s conference in Sochi was attended by delegates from 118 countries and three delegations from the UN bodies.