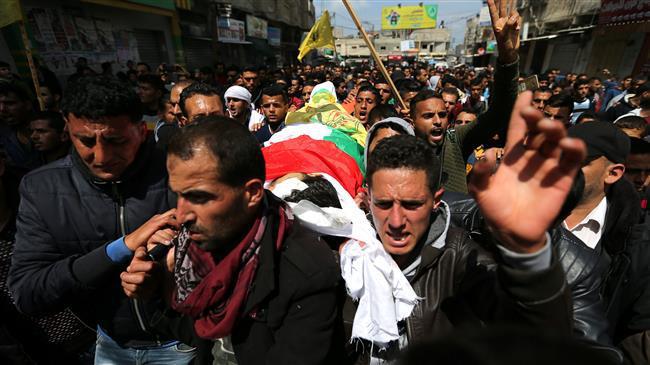 Iran’s Foreign Minister Mohammad Javad Zarif, in a phone conversation with the head of the political bureau of the Palestinian resistance movement Hamas, reiterated Tehran’s full support for the people of Palestine.

In his conversation with Ismail Haniyeh, Zarif expressed solidarity with Palestinian people, especially the residents of Gaza, over the killing of a number of defenceless Gazans by Israeli forces, and reiterated Iran’s support for Palestinians’ resistance.

Zarif underlined the Muslim world and the UN should adopt comprehensive measures to back the legitimate demands of Palestinian people and condemn the crimes committed by the Zionist regime of Israel.

He also spoke of a plan by Iran to pursue the issue at the UN General Assembly, the Non-Aligned Movement and the Organisation of Islamic Cooperation.

Haniyeh, in turn, appreciated Iran’s principled policies in supporting Palestinian people and their resistance. He also presented a report on Friday’s incident in which 20 innocent Gazans were killed by Israeli forces and hundreds were wounded.