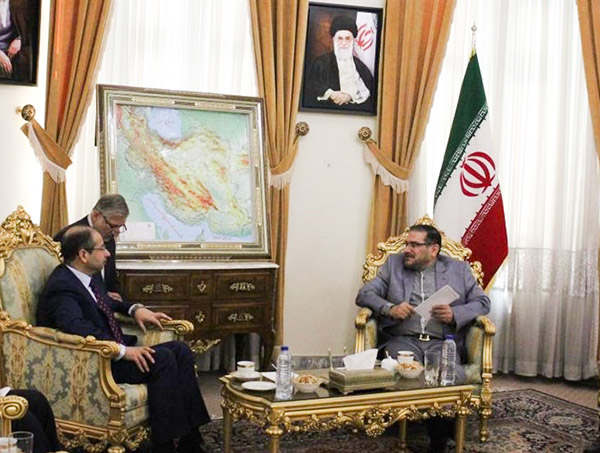 In a meeting with Iraq’s parliament speaker in Tehran on Sunday, Shamkhani described the active presence and involvement of moderate Sunnis in the Arab country’s political system as “an inevitable necessity.”

“Commitment to democracy and (giving) every (Iraqi) group a share (in governance) according to its democratic merits will be the path to unity and stability (in Iraq),” Shamkhani told the visiting Iraqi speaker, Salim al-Jabouri.

He further referred to countering the threat of terrorism as Iraq’s immediate priority, and said that defeating the Daesh (ISIL or ISIS) terrorist group will strengthen national solidarity in Iraq and bring the Shiites, Sunnis and Kurds closer together.

He further reaffirmed Iran’s commitment to supporting the Iraqi government and nation in the war on terrorist groups.

Jabouri, for his part, slammed terrorism as the most serious threat to the entire region, and emphasized the necessity for rapport and unity to defeat terrorists.

The Iraqi speaker arrived in Tehran on Saturday morning for talks with senior Iranian officials on the latest developments in his country.

Iran, a close ally of Iraq, has been supporting the Arab nation in the fight against Daesh since the terrorist group invaded Iraq in summer 2014.