Iran Urges India to Be More Active on Chabahar Development 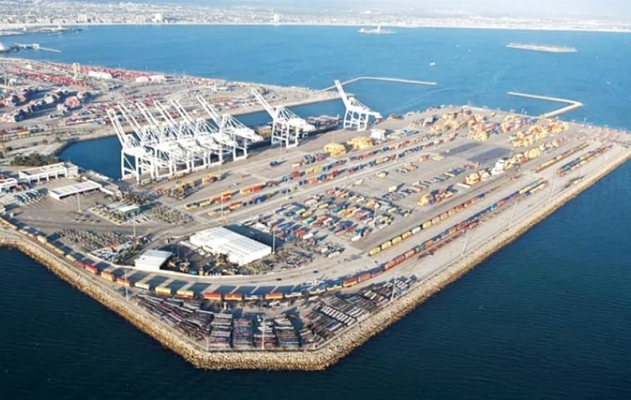 Iran’s First Vice President Es’haq Jahangiri says Tehran has made serious efforts to implement its part of a deal with India and Afghanistan on the development of Chabahar Port, and expects the other parties to be more active in fulfilling their commitments.

Jahangiri made the comments in a meeting with Afghan Chief Executive Abdullah Abdullah, on the sidelines of the 18th summit of the Council of Heads of Government (Prime Ministers) of the Shanghai Cooperation Organisation (SCO) in the Uzbek capital, Tashkent.

Pointing to the agreement between the Islamic Republic of Iran, Afghanistan and India on expanding economic and trade cooperation in the port of Chabahar in south-eastern Iran, Jahangiri stressed that Tehran has made serious efforts to implement this agreement and both the public and private sectors are ready to invest in this region and take the necessary steps in this regard.

“Afghanistan and India should also be more active in this regard. Chabahar port could provide India with access to the Central Asia and be a gateway for Afghanistan to connect with important countries of the world.” 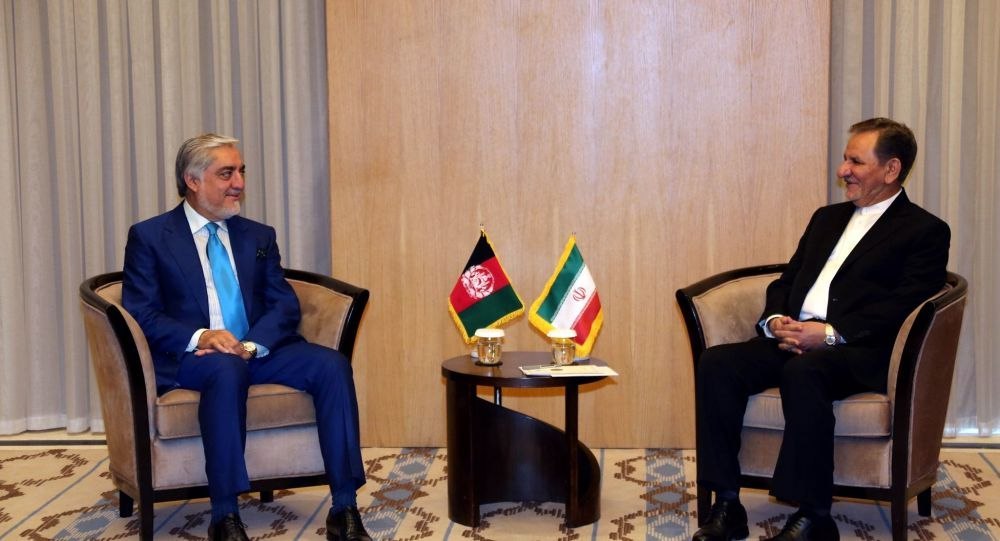 He further warned about the revival of the ISIS terrorist group in Afghanistan saying that ISIS appears to be moving to the war-torn country after being defeated in Iraq and Syria.

The Iranian official said the Afghan government must be particularly sensitive in this regard and prevent the ISIS terrorists’ attempts to make the two countries’ shared borders insecure.

“ISIS is trying to expand its operations in eastern Afghanistan, and we must cooperate to prevent the terrorist group from spreading its activities,” he noted.

Referring to the recent elections in Afghanistan, the Iranian VP said the vote was an important step towards democracy.

“I hope that with the determination of the Afghan authorities and leaders, the problems of Afghanistan would be resolved as soon as possible and security will be restored in the country.”

The election is one of the symbols of democracy and we hope the Afghans will see the development of the country after the announcement of the results of the presidential election and the establishment of a constitutional and elected government, mentioned Jahangiri.

“The Islamic Republic of Iran will continue to support the elected government of Afghanistan,” he stressed.

Jahangiri also described the Afghan peace process as an important issue, adding that the presence of the government as the country’s official and elected body in the peace talks is very important and that the Afghan government should have a decisive role in these talks.

Iran’s first vice president also pointed out that banking cooperation and interactions is the base for any kind of economic cooperation.

Jahangiri underlined that the comprehensive document for joint cooperation between Iran and Afghanistan is an important roadmap for the ties and business relations between the two countries saying that the preparations for signing this comprehensive document are well under way and hopefully be finalised as soon as the results of the Afghan presidential election are announced.

For his part, the chief executive of the Afghan government presented a report on the process of elections in the country, expressing hope that the preliminary results of the presidential elections will be announced within the next two weeks.

Despite the Taliban’s threats to prevent the holding of elections, people participated in the Afghan presidential election, he added.

“I hope that after the announcement of the election results and the establishment of the new government, a comprehensive agreement on cooperation between the two countries will be finalized,” Abdullah said.

Jahangiri left Tehran on Friday morning for Tashkent to attend the summit to confer on the most important regional and international issues.

Upon arrival in Uzbekistan he said the Shanghai Cooperation Organisation has a great potential for economic, political and security cooperation, and its member states can build on that capacity. He also emphasised that the international issues must be resolved through multilateralism.

The Shanghai Cooperation Organisation is a Eurasian political, economic, and security alliance, the creation of which was announced on 15 June 2001 in Shanghai, China by the leaders of China, Kazakhstan, Kyrgyzstan, Russia, Tajikistan, and Uzbekistan.

Since then, the organisation has expanded its membership to eight countries when India and Pakistan joined SCO as full members on 9 June 2017 at a summit in Astana, Kazakhstan. Iran currently holds an observer status and hopes to become a full member in the near future.