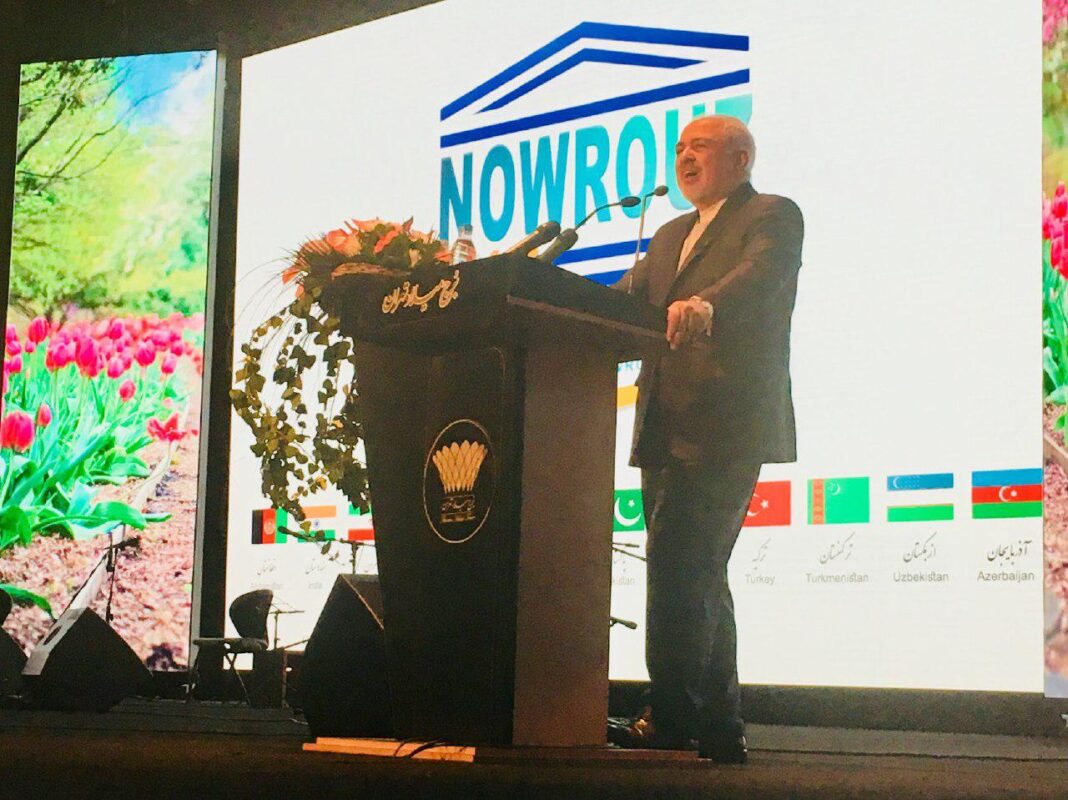 Iranian Foreign Minister Mohammad Javad Zarif has called on New Delhi and Islamabad to learn from the peaceful nature of Nowruz, which is celebrated in India and Pakistan, and set aside their differences, as there is no room for violence in the culture of Persian New Year celebrations.

He made the remarks on Thursday in an address to an international conference on Nowruz in Tehran, which was attended by delegates from Azerbaijan, Turkmenistan, Turkey, Tajikistan, Turkey, Pakistan, Kyrgyzstan, Kazakhstan, Iraq, India, and Afghanistan.

“We are happy to be hosting delegates from the land of Nowruz,” Zarif said.

“In today’s world, we face the problem of lack of understanding and knowledge. As Iranian poet Hafez says, we should accept that ‘the wind of Nowruz blows from the house of the beloved one’. This means, we should set aside violence, hostility, suffering and domination.”

“We should make the culture of Nowruz global. This is a duty upon all of us as the heirs to the Nowruz heritage,” he noted.

Iran’s top diplomat said “we have to turn the mindset of power, domination and use of destructive weapons into the mindset of dialogue, inclusion, sympathy and coexistence in our homes, societies, region and the world.”

Zarif directly addressed the participating delegates and said “we should accept that we are aboard the same ship.”

“Violence brings no security for anyone. As heirs to the Nowruz culture, we should avoid any war among us. There should be no conflict between India and Pakistan.”

“You have turned Nowruz into a global event. It is a good fortune,” he said.

“Let’s take an oath today to give the colour of Nowruz to our lands and the world.”

Zarif pointed out that Nowruz is not a natural phenomenon, but a humane transformation that has been put on top of the UNESCO’s agenda.

“We should accept that in today’s interconnected world, we either reach the shores of salvation together or drown together in environmental, insecurity or poverty crises.”

“Let’s speak to the whole world with the language of Iran, the land of Nowruz and culture. Peace can’t be achieved by domination. Let’s show it to the world with our Nowruz thought and behaviour that the era of hegemony and domination is gone,” he said.

The Iranian top diplomat then referred to the US’ move to spend 7 trillion dollars in the region saying today the country is facing a worse situation compared with the past.

“They should know that the situation remains the same for them even if they spend 70 or 700 trillion dollars. They won’t see peace in the region as long as they fail to accept the fact that human beings have common futures and problems with a common solution,” he said.

“Nowruz is the language of sympathy and getting out of sulk. Today in Iran, we need sympathy and unity more than ever. We are heirs to the Nowruz culture.”

“Iranians have been fed by a culture whose Imam said about 1,400 years ago that be kind to others because they are either your religious brothers or fellowmen in creation,” he added.

He finally noted that expressing sympathy is much better than speaking the same language.

“The spring of love arrives, to transform the dust into a garden. The call is heard from the heavens, to bid the wings of soul to fly.”