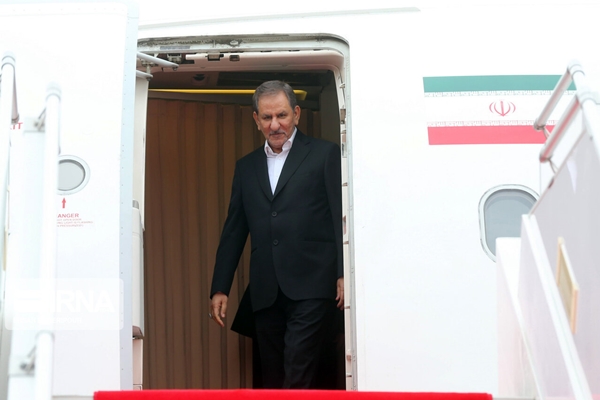 Iran’s first vice-president has urged member states of the Shanghai Cooperation Organization (SCO) to tap into their potential to further enhance mutual cooperation.

“In the face of unilateralism promoted by the US government today, we can opt for multilateralism by reinforcing regional organizations,” he told reporters after arriving in the Uzbek capital of Tashkent.

“Unilateralism is the approach which the world should adopt,” he added, while highlighting that regional issues and global management could be handled only through multilateralism.

He further said the SCO is among the important organizations that have been established in Asia and brings together important countries such as Russia and China.

He recalled that India and Pakistan have recently joined the SCO as main member states, adding, “Iran is also interested in becoming a main member of this organization.”

Jahangiri is in Uzbekistan to attend the 18th meeting of the Council of Heads of Government (Prime Ministers) of the SCO and sit down with the Uzbek premier as well as some other participants at the meeting to discuss key regional and international topics along with issues of mutual interest.