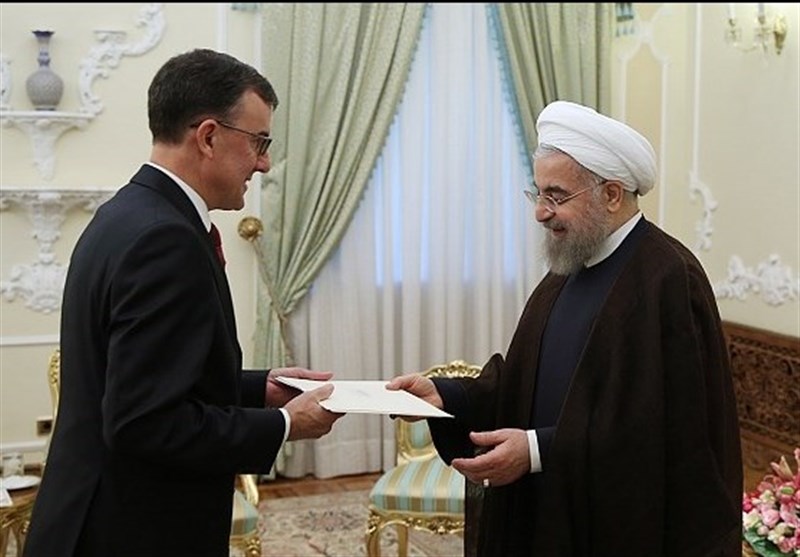 Iranian President Hassan Rouhani called on Australia to treat refugees within the bounds of international law.

“We hope that Australia would treat asylum seekers within the framework of international laws and regulations as this issue is important to all of us on humanitarian grounds,” President Rouhani said Sunday at a meeting in Tehran with Australia’s new ambassador to Iran, Ian Biggs.

Elsewhere in his comments, the president noted that termination of “cruel sanctions” against Iran under the Joint Comprehensive Plan of Action (JCPOA) -a nuclear deal between Tehran and the Group 5+1 (Russia, China, the US, Britain, France and Germany)- has opened up new opportunities for enhancement of ties between Iran and Australia.

The new envoy, for his part, said Australia itself is concerned about the way immigrants are being treated, saying talks are in progress with relevant international organizations on the issue.

Expansion of economic ties, illegal immigrants in Australia and their optional repatriation, the exchange of delegations between the states, and the Middle Eastern and global affairs were among the key points discussed between Zarif and Australian authorities.